TARN TARAN: The Chohla Sahib police found two bodies from the canal in Pakhopur village, 30 km from here, on Tuesday. 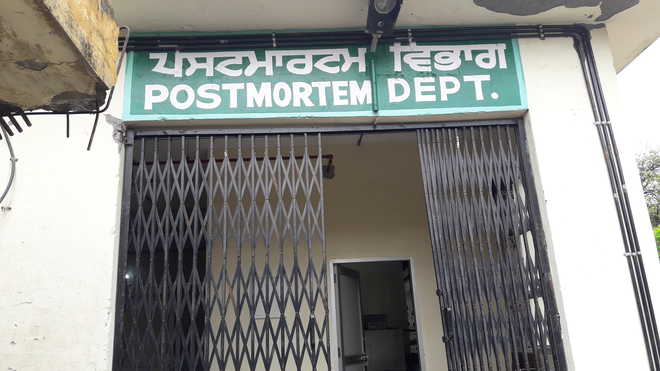 The dead house of post mortem of the Civil Hospital, Tarn Taran where the bodies have been kept. Photo: Gurbaxpuri.

The Chohla Sahib police found two bodies from the canal in Pakhopur village, 30 km from here, on Tuesday. One of the deceased is a woman, who appears to be aged around 40 years. The other body is of a girl child, apparently daughter of the former.

Inspector Manoj Kumar, Station House Officer (SHO), said the bodies were taken to the mortuary of the Civil Hospital where these would be kept for 72 hours for identification. In case no claimant turns up, the bodies will be cremated.

The SHO said there was no sign of assault on the bodies. He said villagers informed the police about the bodies floating in the canal following which a team, led by ASI Charanjit Singh, reached the spot to get the bodies fished out.

The SHO said further action would be taken after the receipt of the postmortem report. SSP Kuldeep Singh Chahal didn’t comment on it.