PATIALA: A day after Patiala police arrested two women drug peddlers and seized heroin from their possession, investigations revealed that the jailed husband of one of the arrested women was running the drug network from the jail itself. 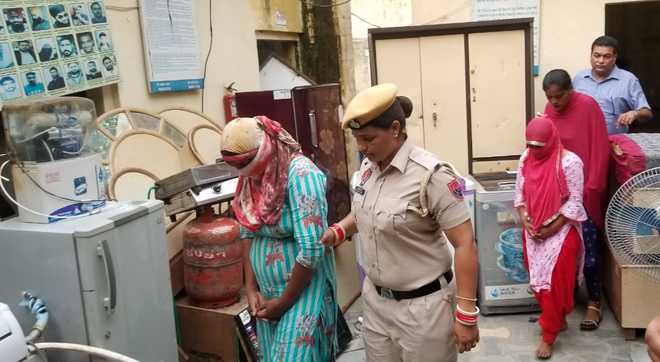 A day after Patiala police arrested two women drug peddlers and seized heroin from their possession, investigations revealed that the jailed husband of one of the arrested women was running the drug network from the jail itself.

On Monday, police had nabbed Manjit Kaur Beeto with 450 gm of heroin and Amarjit Kaur in possession of 400 gm of heroin.

Both of the women are said to be belonging to the Sansi community.

During police investigation, Manjit Kaur informed the police that her husband, Surjit Singh, was operating from the jail, which has once again put the jail officials in the dock.

After the revelation by the accused, Patiala police immediately informed the Patiala Central Jail officials who conducted a raid inside the jail.

During the raid, a cell phone was recovered from the accused woman’s husband Surjit Singh.

Surjit Singh, who had already been lodged in Patiala Central Jail for five NDPS cases, now has been booked for the possession of the phone under Section 52 A of the Prisons Act.

Surjit Singh along with the two arrested women was produced in court on Tuesday which remanded them in three-day police custody.

During the police investigations, the accused women—whose husband is in jail—revealed that her husband has been in ‘regular touch’ and he would pass the information on a daily basis. The accused women further said that she would get orders from her husband about the drug pedaling.

It is pertinent to mention that the arrests of these women came a month after the police had nabbed peddler Navjot Singh alias Nannu of Bazigar Basti, Sangrur. A diary which had the names of the drug peddlers, was recovered from Nanu that ultimately led to the arrest of the said women.

Senior Superintendent of Police (SSP), Mandeep Singh Sidhu, said, “The woman said that her husband was guiding her on a daily basis from inside the jail. We have already got three-day police remand while further investigations were underway.”