Mohali: A car caught fire near Radha Soami Satsang here on Thursday. Nobody is reported to have sustained injuries. According to reports, the incident took place around midday after which the fire brigade was called to douse the flames. A car that caught fire at Phase the VIII Industrial Area in Mohali on Thursday. A Tribune Photograph

Mohali: A car caught fire near Radha Soami Satsang here on Thursday. Nobody is reported to have sustained injuries. According to reports, the incident took place around midday after which the fire brigade was called to douse the flames. The car belonged to Lakhbir Singh Bajwa, a resident of Sector 91. It is reported that Bajwa saw some smoke coming out of the engine of the vehicle. He stopped the car to see what had gone wrong. Soon after, the vehicle caught fire and was badly damaged. A short-circuit is suspected to have led to the fire. In another incident, wild growth near Gurdwara Amb Sahib caught fire. The fire brigade office received a call in this regard around 1 pm. A fire engine was sent to the scene, which brought the fire under control. OC

Fatehgarh Sahib: The police have arrested three drug peddlers allegedly involved in sale of drugs during checking at nakas and recovered 7,740 intoxicant tablets and 36 bottles of smuggled whisky from their custody. SSP Alka Meena said the Mandi Gobindgarh police signalled a motorcyclist to stop at a naka, but he tried to jump the barrier. Later, he was overpowered. During the checking, the police recovered 7740 intoxicant tablets from his bag. He has been identified as Harjit Singh Bhagoria, alias Kaka, a resident of Khanna. During preliminary investigation, he revealed that he used to supply tablets, capsules and injections to addicts as well as petty quacks in the village. The SSP said the Khamano police arrested Baljinder Singh, a resident of Khamano, and recovered 10 bottles of smuggled whisky from him. The Bassi Pathana police arrested Kashmir Singh, a resident of Bassi Pathana, and recovered 26 bottles of smuggled whisky. OC

Chandigarh: A blood donation camp was organised by the Chandigarh Beopar Mandal (CBM) as part of the silver jubilee celebrations in Sector 17. The camp was held in association with the PGI, Chandigarh. At the camp, around 180 units of blood were collected. MC Commissioner B Purushartha also pledged organ donation, followed by CBM president Anil Vohra and more than 25 traders. Vohra said the blood donation camp was part of celebrations of completing 25 years of Chandigarh Beopar Mandal, which was founded in 1992. Traders also availed of free medical test facilities at the camp. TNS

Panchkula: A nursing student has given a complaint of harassment against former Director-General Health Services (DGHS) Dr Parveen Garg to the Civil Hospital authorities. Principal Medical Officer Dr Veena Singh, while confirming the same, has referred the matter to a committee for a probe.Sources said the committee had been asked to prepare its report within two days.   TNS

Chandigarh: Kin of Vinay Kumar, a safai karamchari, who died on May 9 and contractual safai workers of the GMCH-32, staged a protest at the GMCH-32 on Thursday. They were demanding that a murder case be registered in the death case of Vinay Kumar. They said they would continue their protest on Friday as well. TNS 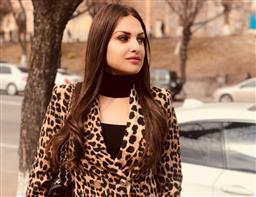