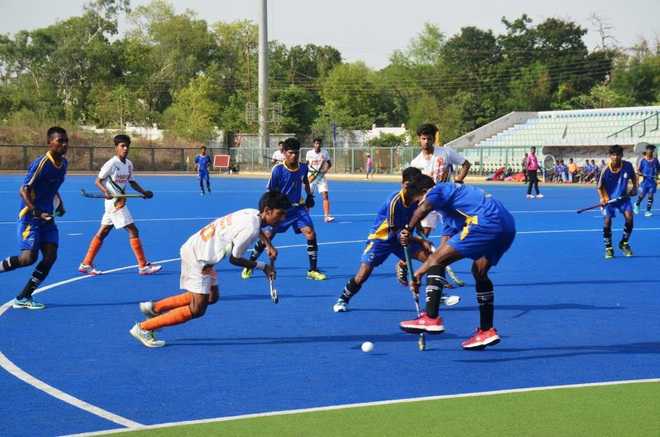 In the semifinals, Patiala beat Bengaluru Hockey Association 4-1, while Hockey Him registered a 3-0 win over Chhattisgarh Hockey. File

Savraj Singh put Patiala ahead in the 11th minute, while Sehajbir Singh doubled the lead a minute later. Sohib Akhtar then made it 3-0 for the side in the 33rd minute.

Sagar Nanda reduced the deficit for Himachal in the 40th minute, but Patiala boys guarded their fort well in the remaining part of the game to earn a 3-1 win.

In the penalty shootout, Sagar Nanda, Deepak and Javed Ansari scored for Hockey Him.

In the second semifinal, Patiala registered a 4-1 win over Bengaluru Hockey Association. Savraj (18th, 60th) scored a brace, while Sehajbir (45th) and Avkash Singh Mann (55th) added a goal each to the Patiala tally.