Routinely used in ancient Egyptian funerary traditions and much sought after by the wealthy Greeks and patrician Romans, the pungent peppercorn is what lured Arab traders and later European adventurers to sail India-wards. 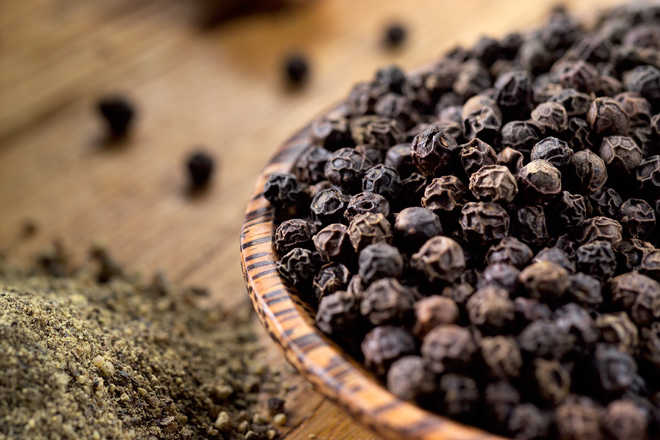 Routinely used in ancient Egyptian funerary traditions and much sought after by the wealthy Greeks and patrician Romans, the pungent peppercorn is what lured Arab traders and later European adventurers to sail India-wards. More specifically towards the peninsula comprising Kerala, Tamil Nadu, and the southern parts of Andhra Pradesh and Karnataka, where this tiny, fragrant spice grew in great abundance.

Called Tamilagam back then, it was largely lorded over by the Pandya, Chola and Chera dynasties, and is said to have witnessed phenomenal trade during Greco-Roman times. Shiploads of Yavanas (a possible derivative of Ionians) are believed to have arrived annually to exchange great amounts of glittering gold for black pepper, as per contemporaneous Sangam literature. This collection of over 2,000 Tamil poems spanning 600 years is a compelling account of the history and culture of Tamilagam. Known as the Sangam era, the period from 3rd century BCE to 3rd century CE is widely held as the classical age of South India.

I got my first taste of the Sangam Age not too long ago, at the Black Pepper Food Festival held at JW Marriot in Chandigarh. Curated by chartered accountant-turned-guest chef, Shri Bala, the menu was peppered with dishes ranging from ancient to medieval to contemporary. A passionate professional who learnt to cook at her uncle’s knee, she enthusiastically exchanged her bland number-crunching job with an obviously spicier one. Since then, delving into the delicious past has become a way of life for her. When not nosing around for forgotten or heirloom recipes, Shri Bala is found pursuing her doctorate on Sangam cuisine under the guidance of a legend unsurpassed in scholarship in matters of archaeology and architecture. He helps decode epigraphic evidence for her ongoing research. With little mention of recipes, Shri Bala has had to recreate several probable ones after harvesting a list of ingredients from poems about food, and using cooking techniques mentioned therein. One fact though was amply clear, that the only condiment firing up hoary Tamilagam taste-buds was the peppercorn.

My experience of the aptly named festival began with a round of sweet Madurai butter buns, a popular street food of today; befittingly so from the eponymous city where the Sangams (assembly of poets, writers, thinkers) were reportedly held. Angaya Podi, a roasted and powdered bouquet of five curative ingredients, when added to steamed rice is a healthy post-partum meal. Back in the day, it was the starter of choice for kings to aid easy digestion of the meats that followed.

The fried fish from Andhra Pradesh, meen vepudu, was my introduction to coastal Tamilgam, as also the perfect segue into the main course. Arungampul kari, dhruva or Bermuda grass-fed goat thigh, cooked on direct heat, and finished by smoking with dhruva grass, was a favourite of Karikala Chola, the mightiest of the dynasty. A tangy fish curry from Kerala, kudumpuli meen kuzhumbu, prepared with red chilies, an evident influence of European arrivals, propelled me into medieval times. Modernity got another go with dindigul mutton biryani, before rounding off with a large helping of khus khus payasam, a time-held dessert.

Brimming with scrumptious stories and flavourful insights, Chef Bala’s knowledgeable presence made the festival incredibly edifying. One couldn’t have asked for a more appetising, fierier glimpse of culinary history.