PATIALA:Following the first case of dengue the District Health Department has already earmarked separate wards to handle patients suffering from the disease. 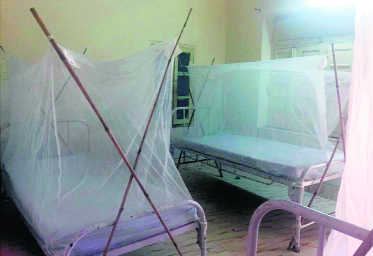 A dengue ward set up at the Civil Hospital in Patiala. Tribune photo

District Epidemiologist Dr Sumeet said the Samana divisional hospital had designated a ward with 12 beds while Nabha and Rajpura hospital had wards of six beds each, where dengue patients could be admitted for treatment.

According to health experts dengue cases were usually reported in July. However, sporadic cases of the disease could be detected in May also.

“The Health Department is fully equipped to tackle any urgency of dengue cases. We have already set up dengue wards at divisional hospitals. Besides the Rajindra Hospital and Mata Kaushalya Hospital authorities have been asked to set up separate dengue wards,” Dr Sumeet added.

The Health Department would increase the bed strength if required, he said. All major private hospitals in the district had also been asked to prepare isolated wards for dengue patients, he added.