50 lakh to decide fate of 337 candidates : The Tribune India

50 lakh to decide fate of 337 candidates

SHIMLA: The stage is set for a battle royal in Himachal as 50,25,941 voters will vote tomorrow to decide the fate of 337 candidates in 68 Assembly constituencies. 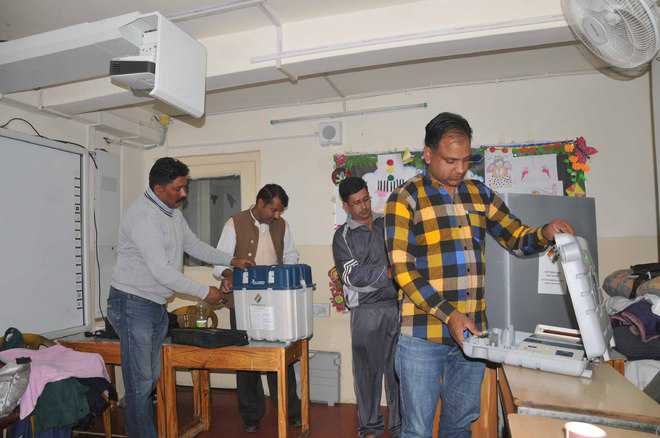 The stage is set for a battle royal in Himachal as 50,25,941 voters will vote tomorrow to decide the fate of 337 candidates in 68 Assembly constituencies.

“Elaborate arrangements have been made to ensure peaceful, free and fair elections. More than 11,500 police personnel, 6,400 Home Guard jawans, including 1,000 from Uttarakhand, and 65 companies of the Central Armed Police Forces (CAPF) have been deployed to ensure that no untoward incident takes place on the day,” said Chief Electoral Officer Pushpendra Rajput.

As many as 37,600 personnel and 789 officials manning 196 sectors had reached their destinations, he added.

All 399 critical and vulnerable polling stations on the border areas adjoining Punjab, Haryana, Uttarakhand and J&K are manned by the CAPF. The border areas are also sealed. As many as 84 cameras will monitor the movement of vehicles and people.

The maximum number of vulnerable polling stations are 297 in Kangra district and minimum two are in Kinnaur district. A three-tier security has been provided to safeguard strongrooms and the places will be guarded by the CAPF and police.

The Congress and the BJP are contesting all 68 seats, while the BSP and the CPM have fielded 42 and 14 candidates, followed by the Swabhiman Party and Lok Gathbandhan Party (six each), Rashtriya Azad Manch (4), CPI (3), MCP and SP two each and 112 Independents. The Hikkim polling station in Spiti, situated at 14,567 ft, has 194 voters and the Ghaluwal polling station of the Haroli constituency has 985 electors. Six voters are at Kaa village in Kinnaur, while Gukul in Kasauli has 1,390 electors.

The Theog constituency in Shimla district has the highest 161 number of polling stations, whereas minimum 84 polling stations have been set up in Dharamsala. Rajput said the state had 100 per cent Electors Photo Identity Card (EPIC) holders and 7,525 EVMs and VVPAT were being used for voting.The VVPAT machines were being used for the first time in this Vidhan Sabha election and 10 per cent of total EVMs and VVPATs had been kept in reserve.

3 killed, 64 injured as fire breaks out in Durga Puja pandal in UP

The rapper updates about Alfaaz’s health through Instagram p... 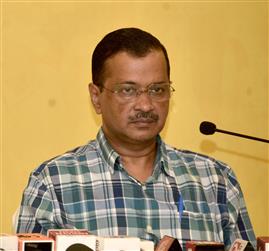 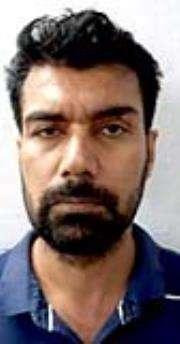