PATNA: RJD leader Lalu Prasad on Monday targeted Prime Minister Narendra Modi over the demonetisation and wondered when he would deliver his election promise of giving every Indian Rs 15 lakh from the black money seized from foreign banks. 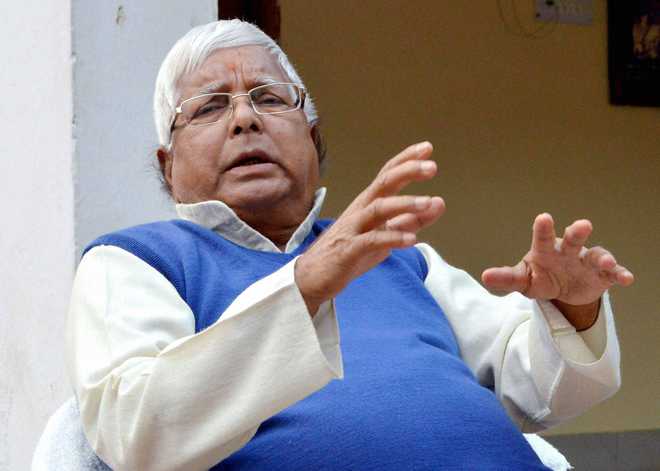 RJD leader Lalu Prasad on Monday targeted Prime Minister Narendra Modi over the demonetisation and wondered when he would deliver his election promise of giving every Indian Rs 15 lakh from the black money seized from foreign banks.

Referring to Modi's appeal to people to bear with the currency crisis for another 50 days, Lalu Prasad asked: "Modiji, you are talking about inconvenience for another 50 days. Will every Indian get Rs 15 lakh in their bank accounts after the end of 50 days as promised by you?" During the 2014 Lok Sabha election campaign, Modi had vowed to bring back black money stashed abroad and credit Rs 15 lakh in the bank accounts of every citizen.

It was Lalu Prasad's first reaction to the November 8 move to demonetise 500 and 1,000 rupee notes.

"The government should have thought about people's convenience" before unleashing spiking the high value currencies, he said.

The former Bihar Chief Minister said people wanted to know from Modi the names of capitalists who owed huge outstanding loans to the banks and also the stern measures taken by the government to recover the dues.