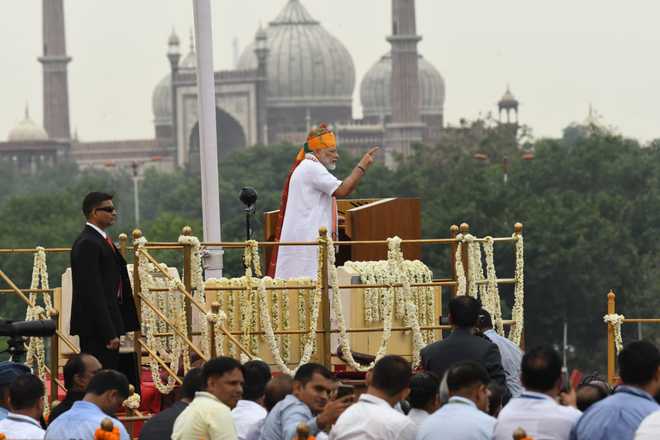 Prime Minister Narendra Modi said on Thursday the government will launch a Jal Jeevan Mission to bring piped water to households and resolved to spend more than Rs 3.5 lakh crore in coming years.

In his Independence Day address, Modi said half of the country’s households do not have access to piped water.

“I want to announce from the Red Fort that we will move forward with the Jal Jeevan Mission. The Centre and states will work towards it and in coming years, more than Rs 3.5 lakh crore will be spent,” he said.

Modi said for water conservation, efforts need to quadruple in the next five years as to what was done in the last seven decades. PTI