GURDASPUR: Chief Minister Capt Amarinder Singh held a 30-minute meeting at the Tibri cantonment where he reviewed the progress of the Kartarpur corridor with Cabinet Minister Sukhjinder Singh Randhawa and officials of the district administration. 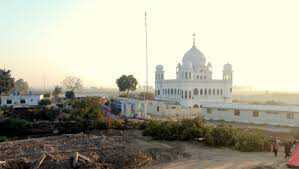 Chief Minister Capt Amarinder Singh held a 30-minute meeting at the Tibri cantonment where he reviewed the progress of the Kartarpur corridor with Cabinet Minister Sukhjinder Singh Randhawa and officials of the district administration.

He later proceeded to Mukerian, 22 km from here, to campaign for the Congress candidate.

Randhawa said Prime Minister Narendra Modi’s office had confirmed that he will be arriving on November 9 here.

A few days ago, Union Minister Harsimrat Kaur Badal had tweeted that Modi would be coming on November 8. This had invited the ire of the CM and minister Randhawa who asked Harsimrat to refrain from making such ‘frivolous’ statements.

“The announcement of the dates of Modi’s visit is the prerogative of the PMO,” the CM had retorted.

Randhawa said the responsibility of making arrangements pertaining to setting up the ‘pandal’ and the parking area for the inauguration ceremony had been given to the Cooperation Department, which he himself was heading.

“My department will be making all the arrangements. I have deputed five senior IAS officers to ensure everything goes smoothly. Arrangements to accommodate PM’s security are also being made. Earlier, the Land Ports Authority of India was to make the arrangements. However, now we have been asked to do so,” Randhawa said.

Officials informed the CM that the Tent City being established at the T-point in Dera Baba Nanak would be operational before October 31.

The T-point is a place on the Gurdaspur-Dera Baba Nanak road from where the road to the Integrated Check Post (ICP) branches off. The corridor is being constructed in front of the ICP.

“Around 60 per cent work has already been completed while the rest will be finished within the next 11 days. Arrangements to hold langar (community kitchen) on November 9 have also been made,” the DC said.

Minister Randhawa also apprised the CM about the transportation arrangements that were being made to ferry the devotees from the T-point to the corridor.