After this tweet, Kangana is facing a huge backlash on social media 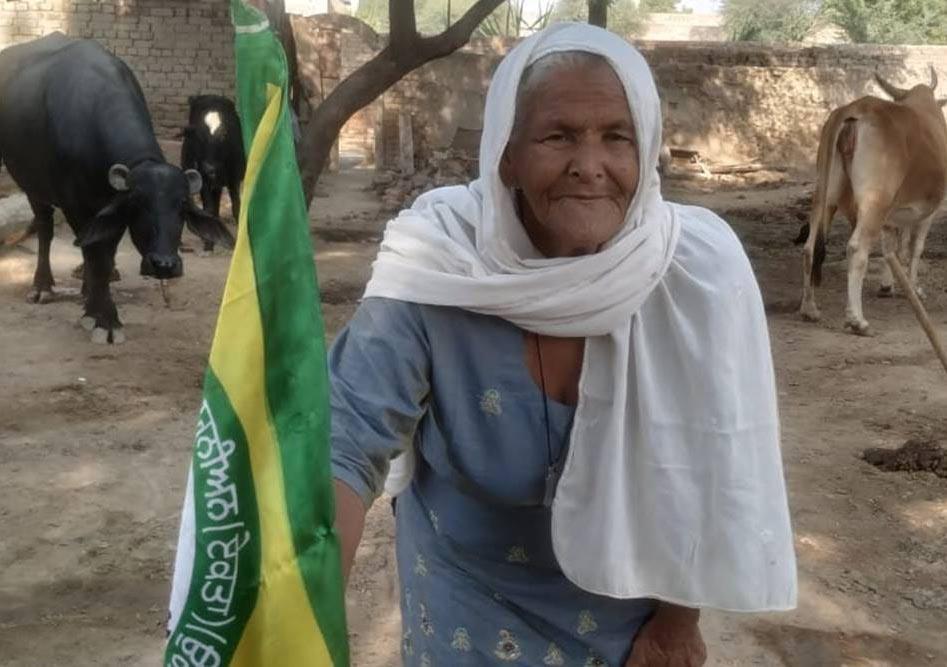 Mohinder Kaur, a resident of Bahadurgarh Jandian village, on Wednesday lashed out at Kangana Ranaut for commenting on her without even knowing her.

In conversation with The Tribune, the 73-year-old said: "Kangana kaun hai, kyu mainu badnaam kar rahi hai, main koi dihari te nahi jandi, main ta kheti badi kardi ha, main aap khet wich faisal katdi han (who is Kangana, why is she degrading me. I don’t go for any labour. I do farming and harvest crops on my own with a sickle).

"We have 12 acres of land, which she cancelled herself after her husband Labh Singh was diagnosed with asthma, now her son lives with them along with his wife and children. They take care of fields, but still she also goes to fields and does the farming work herself, but what Kangana has said is very wrong,” she added.

Hitting back, she laughingly said that she gives Rs 500-600 per quintal to labourer for picking cotton in her fields while Kangana can give her Rs 700-800.

Further, she claimed, that as she is a farmer, due to which she had gone to Delhi protest to support farmers. Earlier, she had also participated in the protests at petrol pumps and Dabwali interstate border.

Jagdev Kaur and Swaranjit Kaur, her neighbours said: “It is very wrong what Kangana has said for her friend. She asks Kangana that they will give her Rs 1000, she should come and sit with us in protest”.

The claim, that it should be probed whether she takes money or not, because why Kangana posted this. It seems, that they want to divide the farmers' unity.

Mohinder Kaur’s husband Labh Singh said: “We are upset over the remarks made by Kangana on his wife. We are not labourers, we eat food by doing hard work, who can give us Rs 100 for coming in protest, we are owners of 12 acres of land”.

He demanded, that Kangana should take her words back.

Sharing a photo of the woman in the farmer's protest, Kangana had tweeted: "Ha Ha she is the same Dadi who had featured in Time Magazine for being the most powerful woman. And she is available for 100 rupees."

A Chandigarh-based advocate Hakam Singh has sent a legal notice to the actor for mistaking an elderly woman participating in the rally to be the one famous for Shaheen Bagh protests and claiming she was 'available for Rs 100' to protest.

Expressing displeasure for making a 'mockery of an old female', he sought an apology from her on social media within seven days.

After this tweet, Kangana is facing a huge backlash on social media.

Even Punjabi singers Kanwar Grewal, Parmish Verma, Amrit Mann and others have lashed out at her for disgracing and using such words for an old lady despite herself being a woman.