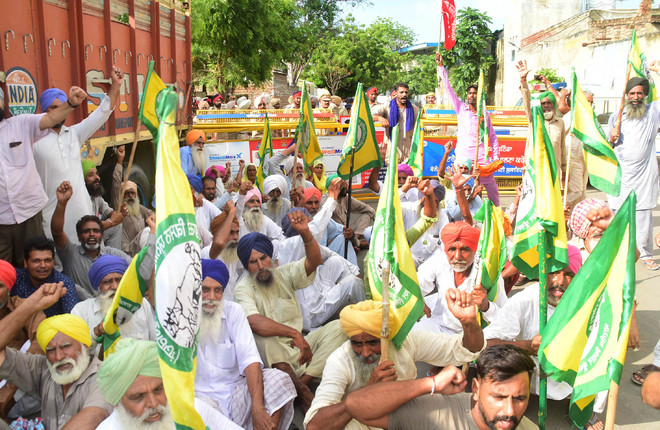 Farmers under the banner of the BKU Ekta Ugrahan laid siege to a hotel where BJP district unit leaders were holding a meeting in Bathinda on Saturday.

Farm leaders of the union claimed since scores of them from different unions had left to take part in the Samyukt Kisan Morcha’s ‘kisan mahapanchayat’ at Muzaffarnagar tomorrow, BJP leaders wanted to take advantage of the situation and hold a meeting in the city. But farmers somehow received information regarding the meeting and reached the venue to lodge a protest against them.

Scores of protesters gathered outside the hotel and raised slogans against the party, demanding repeal of the three agricultural laws.

Kulwant Sharma, president of the BKU Ekta Ugrahan’s Sangat block, said, “It was a peaceful protest and after we were assured by the administration that it will ask the BJP leaders to end the meeting, we called off the stir. BJP leaders had to leave the venue midway.”

Amritpal Singh, another leader of the union from Maur, said, “The apex court has already put the three farm laws on hold but the Centre wants to impose these laws on us and give reins of the agricultural sector in the hands of big corporate houses.”