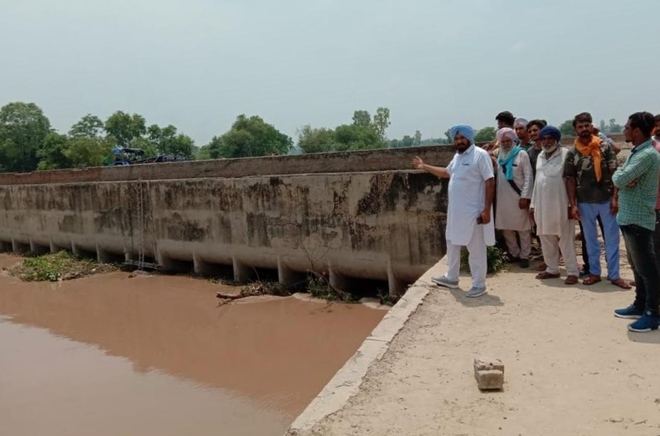 The water level in the Ghaggar has been rising in Mansa district, leaving residents of around 39 villages in Budladha and Sardulgarh subdivisions worried. Officials of the district administration are keeping a close watch on the situation.

However, the water level in the Ghaggar is still below the danger mark, but the district administration has started taking preventive measures. The administration told residents that there was no fear of floods at the moment. Mansa Deputy Commissioner Mohinder Pal said canals and drains should be cleaned on priority. At Chandpura and other dams in the district, where there is a risk of floods, temporary police outposts are being set up.

Meanwhile, Aam Aadmi Party MLA from Budhlada Budh Ram said the Punjab Government was not serious about the flood situation and had not taken any precautionary measures.