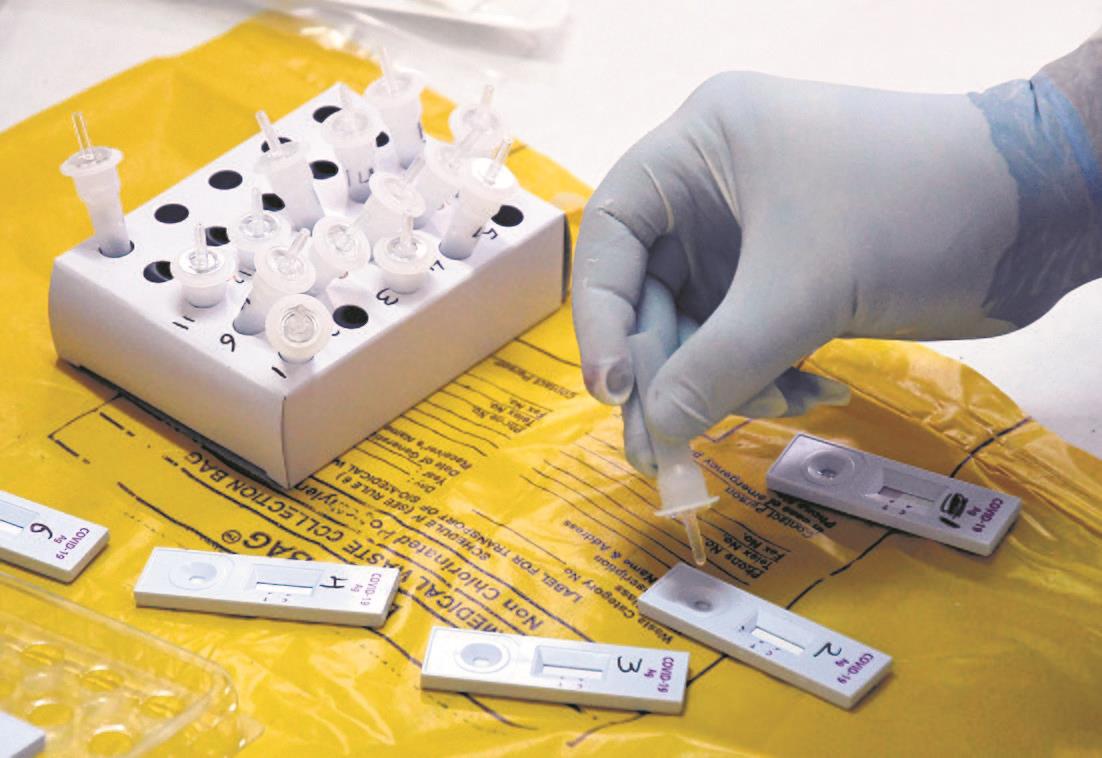 The Covid count of the district crossed the 700 mark with 25 more cases surfacing today. The tally now stands at 715.

The Covid count of the district crossed the 700 mark with 25 more cases surfacing today. The tally now stands at 715. Sixteen patients were discharged from hospital today, taking the number of recoveries in the district to 451.

Meanwhile, 16 patients were discharged from hospital today. As of now, the district has 250 active cases while 451 patients have been discharged and 14 died of the disease. — TNS

Zirakpur: AMCARE, a private hospital on VIP Road, was sealed on Sunday as nine of its employees, including the head of the ICU and nursing staff, tested positive for Covid. The head of the ICU, a resident of Silver City, is admitted to the hospital while the other employees are in home isolation. Health officials are also probing the death of a hospital employee, suspecting it to be a Covid fatality. TNS