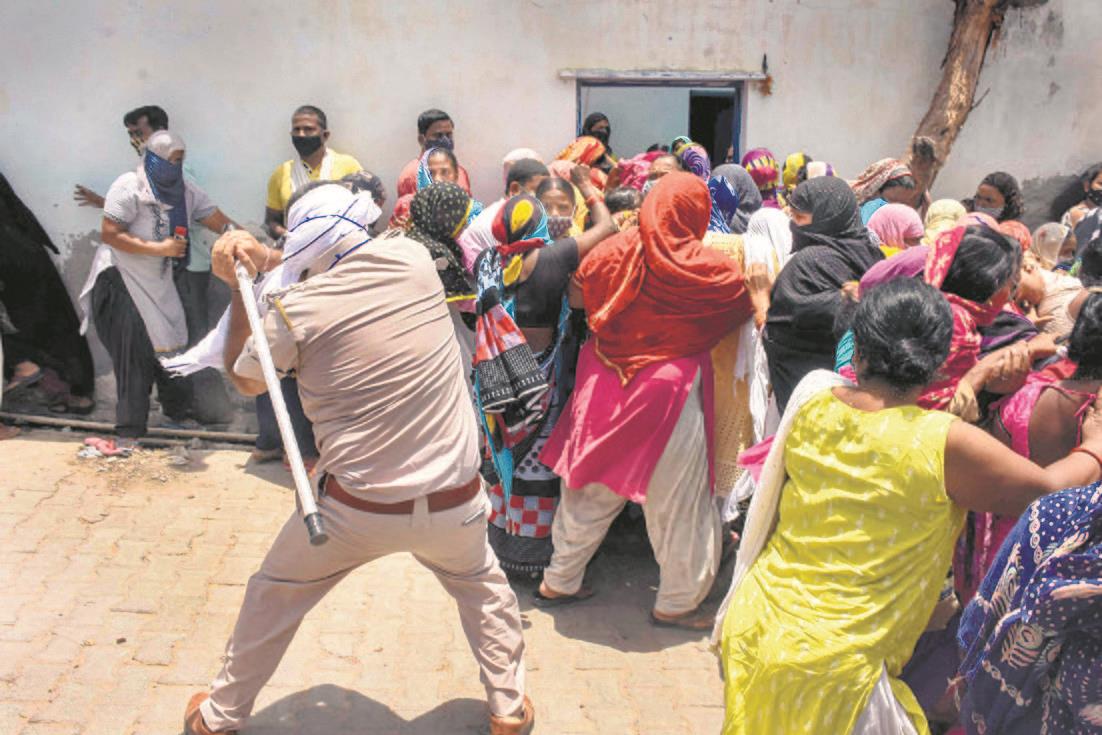 A cop uses force to disperse villagers at Khori in Faridabad. PTI

The police today used force to disperse residents of Khori village who gathered here in protest against the impending demolition of illegal structures on 172 acres of Aravalli forest land.

A clash ensued after some youths on being stopped to enter the protest venue pelted cops with stones. The police resorted to canecharge and detained some protesters. Locals claimed 30-35 protesters were injured in the incident.

Over 400 booked for holding gathering

Following the incident, people staged a dharna, which was joined by BKU leader Gurnam Singh Charuni.

Addressing the gathering, Charuni said the government should ensure rehabilitation of the residents prior to demolition as the colony was more than 30 years old.

The leader said, “We will wait for the government response till Sunday before chalking out the next move.” Sources said two of the four persons detained were released later.