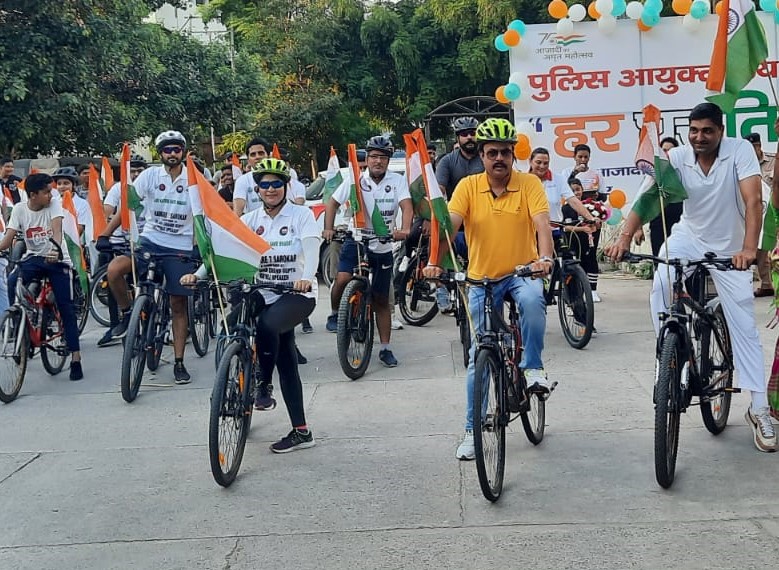 Under the ‘Har Ghar Tiranga’ campaign a cycle rally was organised today by the Police Department.

The DCP said the aim of the rally was to remember contribution of those, who worked tirelessly for building the nation.