Step taken after dead chickens were found dumped in field 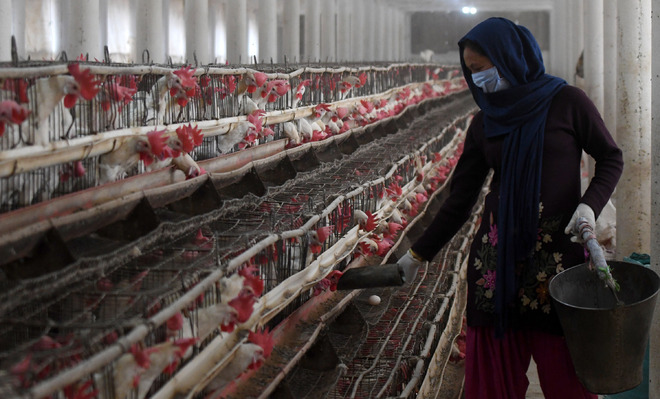 Notably, the Health Department swung into action after hundreds of dead chickens were found dumped in a field near Rakhra village of the district on Tuesday. The incident sent alarm bells ringing for the district administration and residents.

Dr Divjot Singh, district epidemiologist, screened workers and directed them to visit nearby health care centres in case anyone had bird flu symptoms. “No worker had flu symptoms. However, owners of poultry farms have been asked to keep a vigil on the health of workers,” he said.

Meanwhile, the Department of Animal Husbandry has already sent 24 samples collected from three poultry farms near Rakhra village to laboratory for testing.

Rajinder Goyal, deputy director, Department of Animal Husbandry, said there were around five poultry farms near field where dead chickens were found dumped. However, only three farms had chicken, he added. “We took eight samples from each farm and sent them to Jalandhar lab,” he said.

Three poultry farms near field where chickens were found dumped did not have any dead chickens, he added.

It seemed that someone from far flung place might have dumped chicken in the field, he said.