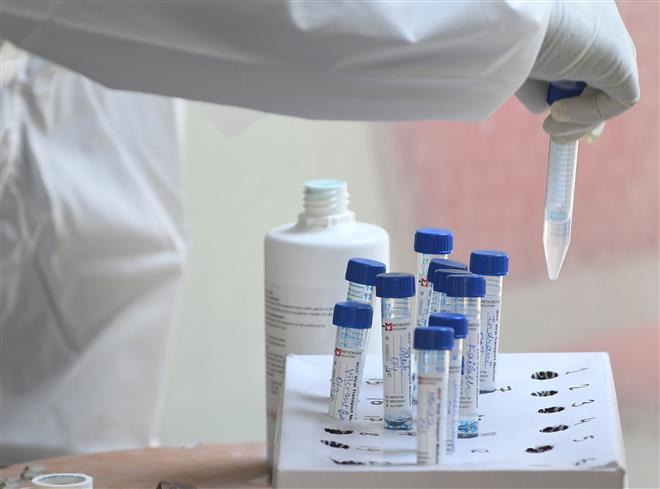 A senior doctor of the PGI today said there was no point in testing a person again for Covid after recovery from the disease even if he was living in a containment zone.

The family of a 25-year-old man from Sector 45, who tested positive within a gap of two months, is placed under isolation. The family members said they were facing problems because of home isolation even as they were asymptomatic.

According to ICMR guidelines, the UT Administration should not test individuals who have recovered from Covid after completing the isolation period laid down by the Central government, especially on being asymptomatic.

He said, “This only causes anxiety to the patient. The patient was so scared after he tested positive again after one month that we had to counsel him and his family late in the night.”

“This patient had sufficient amount of antibodies when he had come for plasma donation. With antibodies present in his blood, it can be concluded that he is immune to the virus and is not infectious. However, dead fragments of the RNA present in his body can give positive Covid report for up to six months. More research is being conducted on this topic. Based on this evidence, the Central government had changed its discharge policy and ruled out testing before discharge for asymptomatic patients,” said the doctor.