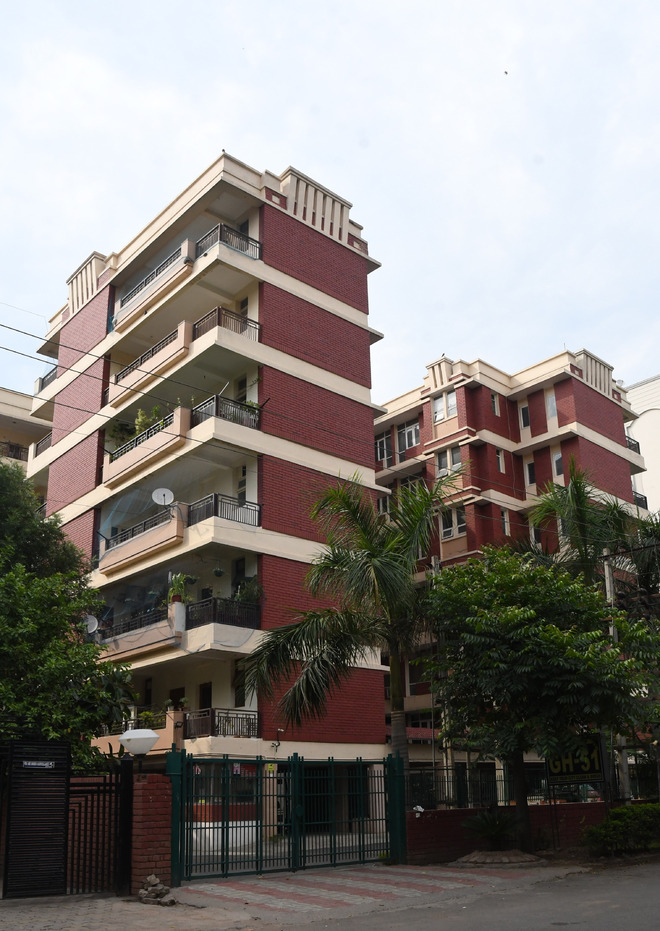 The society which was declared a containment zone in Panchkula on Tuesday. TRIBUNE PHOTO: RAVI KUMAR

The district administration today declared Milan Cooperative Group Housing Society in Sector 20 a containment zone and its nearby areas a buffer zone after a Covid-19 positive case was reported from the society yesterday.

A 63-year-old man, who had come from Delhi, tested positive for the virus yesterday. Though the building is secured with boundary walls with two entry and exit points, it has not been barricaded. “After the duty magistrate’s order, the police presence was ensured around 4:30pm today,” said the Station House Officer at the Sector 20 police station.

Health teams carried out a door-to-door survey to check for SARI and ILI symptoms. The Municipal Corporation and solid waste management group have sanitised the area and arranged for garbage disposal in the containment and buffer zones. The samples of the family members of the patient have already been taken and the process of contact tracing is on.

No new case was reported from Panchkula today. Of the 26 positive cases reported from the district so far, 25 have recovered and discharged. Meanwhile, the police checked on 23 home-quarantined people today and issued slips to 164 offenders.