Every infrastructure development along the Indo-Tibet border would bring a new degree of threat to India’s border security. But the construction of a ‘super dam’ in Metok means the threat expands all the way to Arunachal Pradesh and Assam. The close proximity of the location to India’s border means any sudden release of water from the dam could quickly reach India with very little time for evacuation. 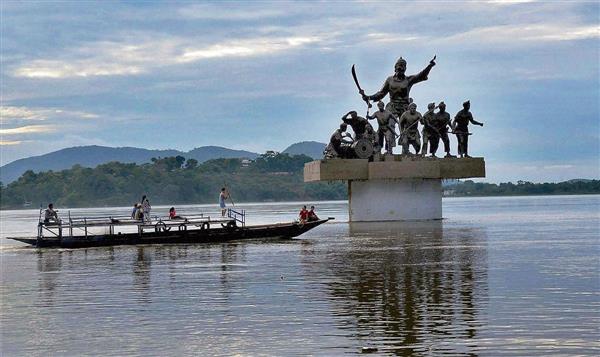 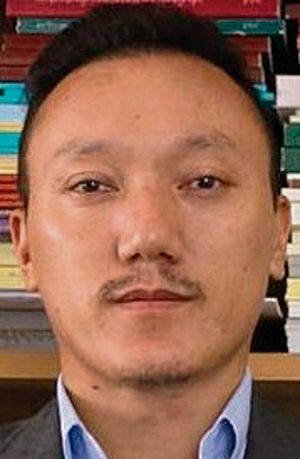 Yarlung Tsangpo is one of the most important rivers in south-western Tibet, supporting life along its fertile shore as the river runs through Kongpo (Nyingtri Prefecture) valleys in southern Tibet. The river is fondly called Brahmaputra as it enters India and Bangladesh, where it supports millions of people for their daily livelihood. This mighty river faces a huge threat from a ‘super dam’.

According to a Global Times report on November 29, 2020, the Chinese government plans to construct a ‘super hydropower dam’ on the Yarlung Tsangpo in its 14th Five-Year Plan (2021-25). The report claimed that the hydropower dam would be “meaningful for the environment, national security, living standards and international cooperation.”

In reality, the ongoing excessive damming on the Yarlung Tsangpo is neither eco-friendly nor is it beneficial for the local community. It is part of a state-engineered, long-term preparation for a mass influx of Chinese migrants into the Kongpo region for permanent settlement. Such an eventuality could cause irreversible damage to the local ecology, diminish local Tibetan identity and greatly destabilise the hydrological balance across northeastern India.

Unlike in the 1960s, the large hydropower dams are no longer considered eco-friendly and sustainable. According to a BBC report (November 5, 2018), more than 90 per cent of the dams which have been built since the 1930s around the world were “more expensive than anticipated”, and that these dams have “damaged river ecology, displaced millions of people.”

But in Tibet, the Chinese government is on a dam-building spree along the 1,600-km stretch of Yarlung Tsangpo in Lhokha and Nyingtri. Nyingtri, traditionally known as Kongpo, is home to one of the world’s oldest forests and a safe habitat for primitive species. In fact, a group of Chinese scientists in 2015 discovered an extremely rare and primitive macaque monkey in the forest of Metok in Kongpo, a county where the ‘super dam’ is proposed to be built. One of the Chinese scientists even described Kongpo as “an ancient museum of nature”.

China has long planned 11 hydel dams on the river with Zangmu and Gyatsa already completed, Dagu and Jeixu under construction, Lengda recently receiving permission and more to begin soon as part of the 14th Five-Year Plan. Large dams inevitably inundate vast area of land around it for water storage, leading to massive loss of vegetation and wildlife habitat.

The dam construction is only one part of a state-engineered, infrastructure development plan in the Kongpo region of Southern Tibet to facilitate eventual mass migration from China to this scarcely populated region of Tibet. The region has seen rapid upgrading of the 5,476-km-long National Highway-318, which connects Chinese cities as far as Shanghai and Chengdu to Nyingtri city. The much-reported Chengdu-Nyingtri-Lhasa railway line (1,629 km), once completed, would be a direct passage for mass migration into the region.

The lack of trees and a harsh climate were the primary reasons for the Chinese migrants’ inability to permanently settle in some parts of the interior Tibet despite Beijing’s generous incentives. This makes Kongpo (Nyingytri Prefecture) in Tibet an ideal spot for mass migration as the region has pleasant mild weather with extensive forest and vegetation cover.

Every infrastructure development along the Indo-Tibet border would bring a new degree of threat to India’s border security. But the construction of a ‘super dam’ in Metok means the threat expands all the way to Arunachal Pradesh and Assam. The close proximity of the location to India’s border means any sudden release of water from the dam could quickly and forcefully reach India with very little time for evacuation.

India would inevitably face a twin disaster in the future — water shortage in the winter as the ‘super dam’ could swallow much of the flow during dry season, and flash floods in the summer as excess water from the dam would be released during the monsoon season.

Dams are known to alter the natural characteristics of a river system and also disrupt the lives of millions of people living along the river basin. The ‘super dam’ planned on the Great-Bend of Yarlung Tsangpo (Brahmaputra) Grand Canyon in Metok, if it gets the go-ahead from Beijing, would have a catastrophic impact on the lives of millions in India and Bangladesh.

Therefore, the huge investment on a massive infrastructure development drive in the region is part of a state-engineered, long-term plan to facilitate mass migration of Chinese into the Kongpo (Nyingtri Prefecture) region, which shares a long border with India. Such a strategic plan is aimed at countering both domestic Tibetan resistance as well as border challenges from India. A Chinese-dominated population in the region could give the People’s Liberation Army stationed in the region much-needed popular support from the local community, which it obviously lacks.