Kurien turned the nation into world’s No. 1 milk producer 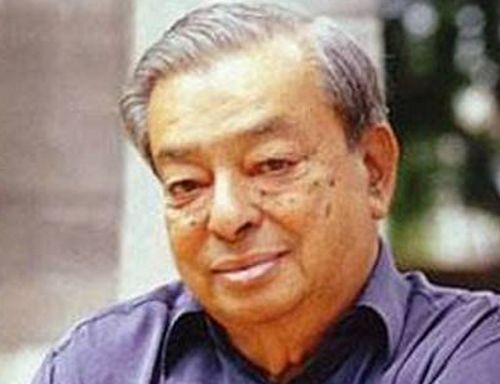 IT is Verghese Kurien’s hundredth birth anniversary. Nobody deserves the honour of being called the jewel of India more than the nation’s milkman, who turned a milk-deficient country into the world’s number one producer. - File photo

IT is Verghese Kurien’s hundredth birth anniversary. Nobody deserves the honour of being called the jewel of India more than the nation’s milkman, who turned a milk-deficient country into the world’s number one producer. When a grateful nation honours his memory, it also pays tributes to hardworking farmers, who badly need assured returns to make farming viable. Kurien is many magnificent men rolled into one. He is easily the greatest Chief Executive Officer India has ever had. When he joined Kaira Cooperative Milk Marketing Producers’ Union in 1950, it was collecting 7,250 litres of milk from 2,000 farmers of 27 villages. When he hung his dung-stained boots, the Gujarat Cooperative Milk Marketing Federation that he created was collecting 62.5 lakh litres per day (LLPD) from 24.9 lakh farmers in 2006. Fifteen years later, the numbers are mindboggling — 239 LLPD from 36.4 lakh farmers with a sales turnover of Rs 39,248 crore. Kurien built the formidable Amul brand competing with the best in the world — Nestle, Unilever and GlaxoSmithKline.

He was not just a visionary CEO, but also a magician who turned labour into capital and gave it back to the very same labourer. All of Amul’s profit goes to its owner — the dairy farmer. When a litre of full-cream milk sells for Rs 58, the farmer gets Rs 49.1. Of course, magicians are mere tricksters; so Kurien should rather be called a social reformer who created a farmer-owned behemoth while empowering rural women producers by handing them cash for milk. He was also a wealth creator who made thousands of villages prosperous, while ensuring that villagers retained ownership of their means to wealth.

Operation Flood was indeed a real revolution that brought in lasting social change. Sardar Vallabhbhai Patel and Tribhuvandas Patel played their part in strengthening the cooperative movement and Kurien’s hands, but Kurien’s achievements are entirely his own. This atheist scripted even his last journey, honouring the traditions of his karmabhoomi: though born a Christian, he was cremated. There are rare occasions when an award becomes meaningful when conferred on a certain person. Bharat Ratna deserves Kurien.