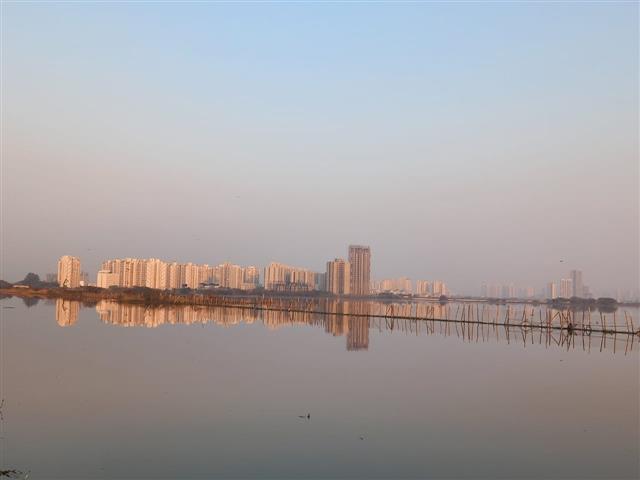 Unable to cultivate their fields for 15 long years, over 2,200 farmers of eight villages in Gurugram district are seeking compensation from the state government.

Unable to cultivate their fields for 15 long years, over 2,200 farmers of eight villages in Gurugram district are seeking compensation from the state government.

Over 3,000 acres remain submerged under the Haryana State Industrial and Infrastructure Development Corporation Corporation (HSIIDC) sewage discharge and the Najafgarh drain overflow around the year, making the land uncultivable and polluting soil and groundwater.

Land of no use

We can't even sell the land or grow anything. We should be compensated to run our homes. We are farmers, but are being forced to do odd jobs, as our land is of no use. Successive governments made promises, but did nothing. We want help. Mhaveer Kataria, resident of dhanwapur

Famers belonging to Dharampur, Mohammad Heri, Daulatabad, Kherki Majra, Dhankot, Chandu, Budhera and Makdola have approached the state government, seeking legitimate compensation for each wasted acre. The farmers have met Gurugram MP and Central Minister Rao Inderjeet Singh, seeking his help claiming that neither they could sow their fields nor sell these off.

“We are plagued by pollution and bearing the brunt of development of industrial areas of Gurugram. Our lands are lying useless for 15 years under the dirty water. We have knocked every door, but nobody cares for our plight. They say they will find a solution, but till they do it, we want compensation to run our homes,” said former Sarpanch Virender. Singh, while meeting the farmers, assured them action and promised to take issue with CM Khattar.

“I will take this matter up with CM Khattar and see what best can be done for them. We will also get GMDA to set up a treatment unit for this water and work out discharge plans,” said Singh. The farmers, had in 2019, submitted a letter to the state human rights commission, asking to be compensated for the losses suffered because of the frequent flooding and submerging of their lands.