Commuters confused about passage to highway 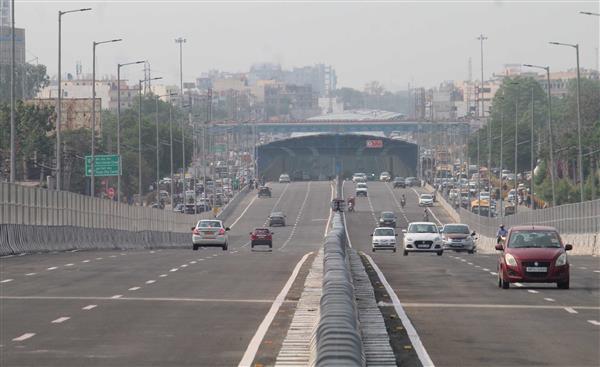 The elevated section of the Gurugram-Sohna highway.

While the NHAI went ahead with the opening of the new 22-km-long six-lane Sohna highway — acting on the instructions of Union Road Transport and Highways Minister Nitin Gadkari —- the lack of proper signages and dedicated exits led to chaos on the first day.

With people confused about the exit to highway, they were taking wrong turns while trying to descend through entry points, making commuting on the stretch risky. The main problem is being faced at Subhash Chowk, which has an entry to this highway but no exit and people are exiting through the entry.

“Amid the lack of signages, there is a lot of confusion. There should be a clear sign telling people that they should get on the highway only if they are headed to Sohna. We faced major issues as there was no demarcation of exits and people were misusing the entry points. We have posted a special team to deal with issue and are also in touch with the NHAI over key issues,” said DCP, Traffic, Ravinder Tomar.

The highway is technically on a trial run for now till the road’s formal inauguration. Gadkari was scheduled to inaugurate the highway on Monday, but the event was called off, leading to speculation that the highway would be opened on a later date.

Gadkari, however, asked the National Highways Authority of India (NHAI) to open the road for trials instead of waiting for a formal inauguration date. He posted about the Sohna highway on Twitter and the NHAI threw open an 8.9-km stretch from Rajiv Chowk to Badshapur. The other section, Package-2, had been opened on April 1.

Elevated corridors comprise 7 km of the road but these are fragmented, with the longest being 4 km long, where the highway starts in Gurugram.