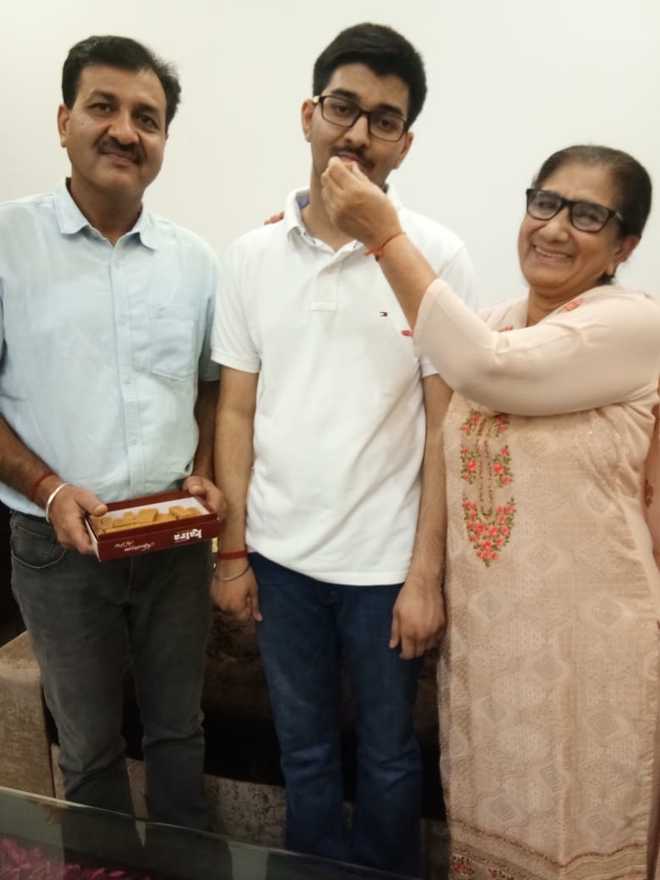 Archit Saini with his father and grandmother at his residence.

Karnal boy Archit Saini has brought laurels to the district by securing all-India rank (AIR) 51st in the National Eligibility-cum-Entrance Test (NEET)-2020 for Medical Entrance, the result of which was declared yesterday. His rank in the general category is 39. He got 705 marks out of 720.

His uncle Dr Kuljeet Saini and aunt Dr Smita Saini are also serving as senior medical officer and dental surgeon respectively in the Civil Hospital. Archit Saini, a resident of Sector-8 part-II, said that his father, mother, uncle, aunt and sister are his inspiration. Archit wants to be a cardiologist. “I want to serve society as a cardiologist,” he added.

He took private coaching and depended on self-study to crack the NEET test. He used to devote 10 hours daily to study. Playing badminton and cricket are among his hobbies which played a key role in his success. Dr Kulbir Saini is elated at the performance of his son. “I am proud of my son who brought laurels to the family and the district. I am hopeful he will get admission in AIIMS, New Delhi,” said Dr Saini.

Archit’s grandmother Surjeet Kaur, mother Dr Sarika and sister Anshika said that it was a proud moment for them.