Covid-19: Schools in Himachal to remain closed till August 22

Occupancy in inter-state as well as intra-state public transport restricted to 50 per cent; number of Covid cases shoots up to 419 on Tuesday 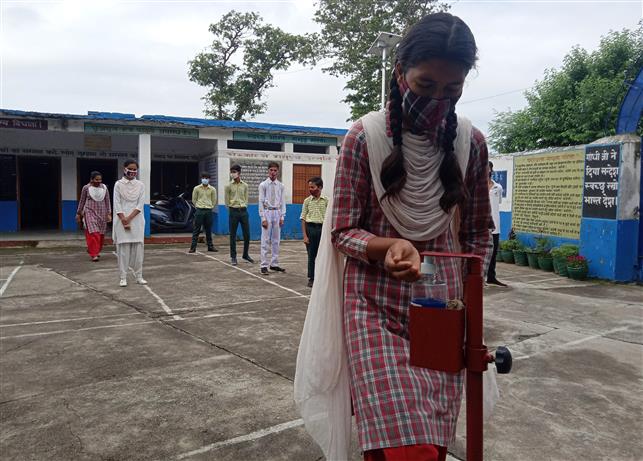 In view of surge in Covid cases in Himachal Pradesh, the state government has decided to close all schools and educational institutions till August 22.

All schools will remain closed except residential ones.

The decision was taken by the Cabinet at its meeting chaired by Chief Minister Jai Ram Thakur, here on Tuesday. The government had earlier allowed all schools, including residential ones, to open from August 2 in view of decline in Covid cases.

As a precautionary measure it has also been decided to restrict occupancy to 50 per cent in all public transport, including inter-state and intra-state.

The 50 per cent occupancy rule will come into effect from August 13.

The number of Covid cases today shot up to 419, fuelling fear of a third wave, resulting in stricter curbs.

“We are concerned over the surge in Covid cases and as such we have decided to impose stricter restrictions,” said Thakur.

The Cabinet also decided to make negative RT-PCR report, not older than 72 hours mandatory for all tourists visiting the state. The state is witnessing huge influx of pilgrims who are keen to pay obeisance at the shrines, especially in Kangra, Una and Bilaspur districts.

The government had earlier issued an advisory, urging tourists and pilgrims to enter Himachal only is they are carrying a negative RT-PCR report not older than 72 hours or the two-dose Covid vaccine certificate. Now the cabinet has taken a decision to impose these restrictions very strictly.