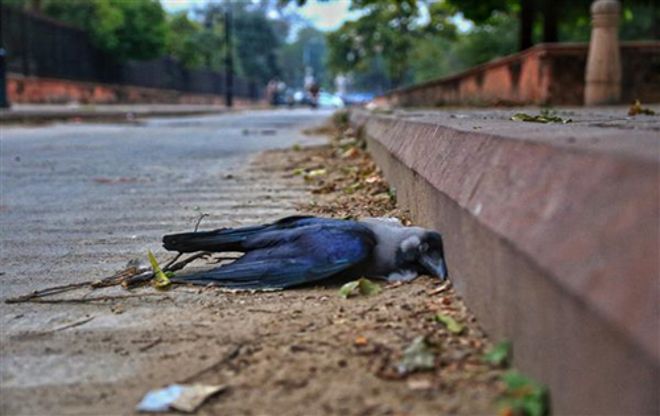 Shimla district has registered its first case of bird flu. The sample of a dead crow found in Theog, around 30 km from here, has tested positive for the H5N8 strain of bird flu.

Dr Chauhan, however, said there was no need for any alarm as it appears to be a sporadic case. “We had sent the sample for testing on March 10. Now, more than a week has elapsed since the death of this bird. But there has been no report of any other death of a wild bird or poultry,” said Dr Chauhan.

“Had the disease spread, many more birds would have died by now. It’s appears to be a sporadic case. It is very difficult to understand because the bird flu scare is over in the entire country,” he said.

Nevertheless, the area has been put under surveillance to keep an eye on both wild birds and poultry. “More sampling will be done in case more deaths of birds are reported from the region. We are on alert,” he said.

The department has turned its attention towards poultry, too, because poultry, if infected, poses greater danger to humans than wild birds. “We have activated our teams to keep an eye on poultry in the area,” he said.

Dr Chauhan is quite hopeful that poultry has not contracted the infection. “Thankfully, at this time, the number of poultry in this area is very low, maybe just in 100s. We distribute poultry in April and May and it gets consumed in winters,” he said.

Incidentally, random reports of dead crows have been coming in from Theog’s surrounding areas, especially from Bhaj panchayat, for some time. These crows were buried without testing because as per the standard procedure, testing is done only when more than five birds are found dead together at one place.