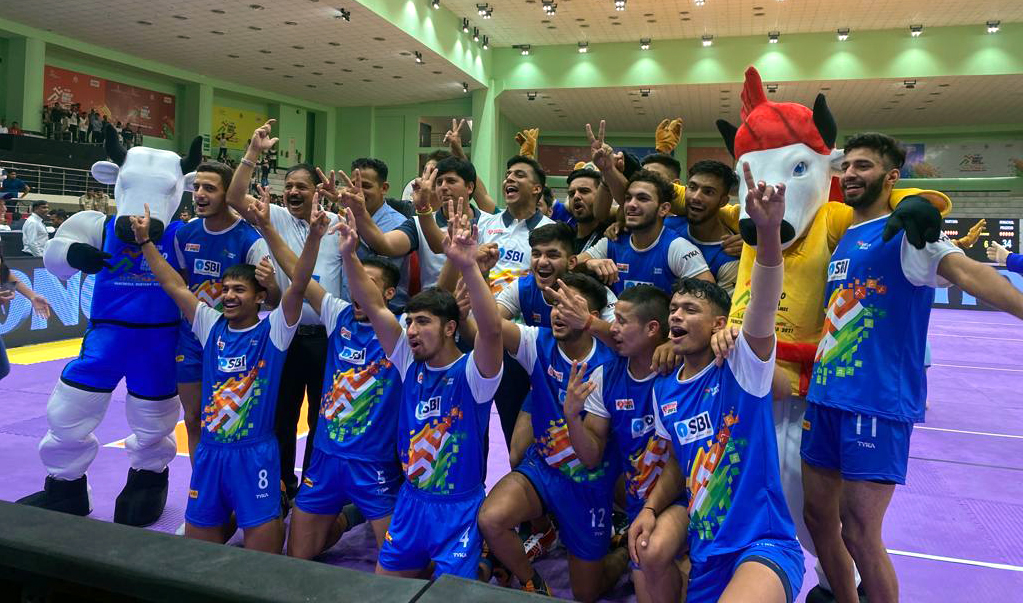 The state kabaddi team in a jubilant mood after winning the final match.

Himachal has opened its account in the fourth Khelo India Youth Games, being organised at Tau Devi Lal Stadium, Panchkula, with a gold medal in kabaddi. Himachal beat powerhouse Haryana 5-6 in a tie-breaker in the final.

Haryana had an eight-point lead with just three minutes left in the game but Himachal, led by Shivaansh, picked up eight points to leave the match tied at 34-34 at the end of the regular time. In the tie-breaker that followed, Himachal held their nerves to beat Haryana 6-5 and bag the gold.