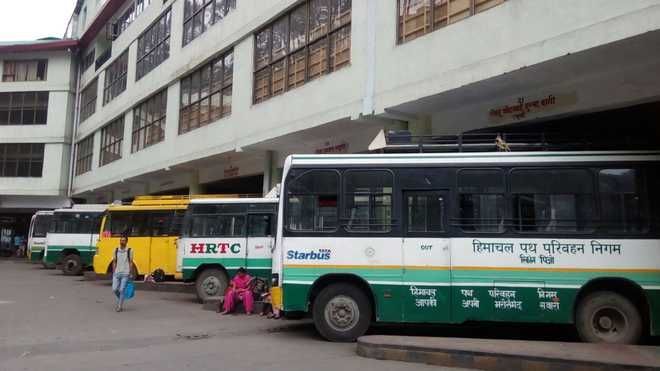 The order will affect passenger distribution. Why would anyone travel in private buses if they have to pay less in HRTC buses? File photo

A day after Cabinet put the stamp of approval on Chief Minister Jai Ram Thakur’s announcement of offering 50 per cent discount to women in Himachal Road Transport Corporation (HRTC) buses within the state, the private bus operators have threatened to drag the government to court over the decision.

The private bus operators are opposing 50 per cent discount to women as it would “adversely impact our business”. “Not only will we lose women passengers but even male passengers will prefer HRTC buses as and when a woman is travelling with them. The private bus operators suffered losses during the pandemic and are still struggling to get back on track. This decision will hit them hard,” he said.

Parashar said there’s already a High Court order, passed in 2016, that prohibits government from passing directions that could affect the distribution of passengers. “This order will directly affect passenger distribution. Why would anyone travel in private buses if they have to pay less in HRTC buses? We will file a contempt petition in the court if the government doesn’t review its decision,” he said.

“The AAP-inspired decision would serve no purpose except hurting the interests of private bus operators,” Parashar said. “Most women travelling every day are working either in government or private set-ups. Why offer them discounted rates? We would have understood if the facility had been given to the really needy women who travel once in a while,” he added.

Parashar further questioned the rationale behind the decision, citing the HRTC’s poor financial health. “The HRTC is struggling to pay salaries and pensions of its employees, and the decision would further shrink its revenue,” he said.

The announcement has not gone down well with HRTC employees too. “The HRTC is already bleeding as it allows concessional travel under many categories. There certainly was no need to offer this freebie,” said an HRTC employee.

Will hit our biz

The order will affect passenger distribution. Why would anyone travel in private buses if they have to pay less in HRTC buses? — Rajesh Parashar, Private bus operators’ union president