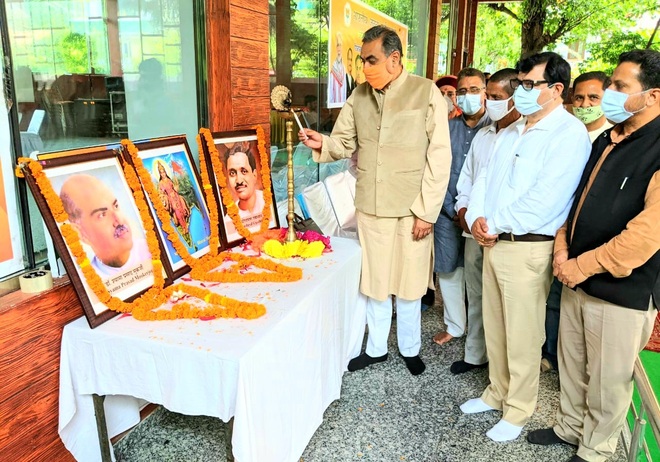 BJP co-incharge Sanjay Tandon lights a lamp before a meeting with the party office-bearers at Manali on Wednesday.

BJP co-incharge for Himachal Sanjay Tandon today held a meeting with the office-bearers and workers of the the Manali Mandal of the party during a tour of various Assembly constituencies in the Mandi parliamentary constituency. He urged the party workers to publicise the schemes and the achievements of the Central and state governments and make people aware of their benefits so that the party could achieve success in the forthcoming byelections and the Mission Repeat 2022.

Tandon said that the working style of Prime Minister Narendra Modi was being talked about all over the world. He discussed the Solar Alliance run by India and told the workers how much the world was benefiting from it.

He had a detailed discussion on the Ayushman Bharat yojana and the Him Care scheme. He said that the Central and state governments had formulated social welfare schemes, which had benefited lakhs of people. He added, “We have to take care of all beneficiaries and contact and discuss about these schemes door-to-door”.

Tandon said that the party workers would run a public awareness campaign to apprise the masses of all schemes. He added that the workers should know about all schemes along with the relevant data. He sought suggestions from everyone so that more favourable changes could be brought in the politics of the country and the state.

Yesterday, Tandon chaired a meeting of the Kullu mandal of the party here. He said the way the NDA government was working at the centre and the Jai Ram Thakur government was functioning in the state, the pace of development had doubled in Himachal.