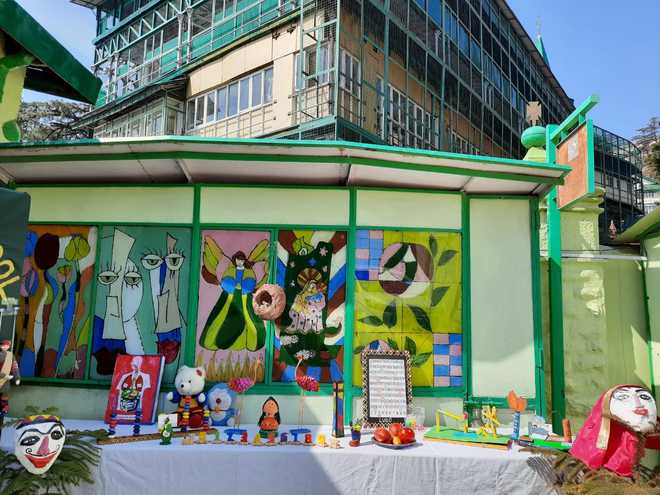 St Thomas' School, Shimla, has been selected from the state for the first ever virtual toy fair under the aegis of Prime Minister's Atmanirbhar Bharat Programme. The Government of India is organising The Indian Toy Fair from February 27 to March 2 on a virtual platform. Different varieties of toys, scientific, educational and story-based, will be showcased and it will cater to students' interest and help in effective learning. "All children will be involved in the project and it is a matter of great pride that our school has been selected for the Indian Toy Fair," said school principal Vidhupriya Chakraborty.

Government College, Sanjauli, conducted an induction programme for the first year students on Saturday. Principal CB Mehta, while welcoming the freshers to the institute, wished them good future and encouraged them to give their best for the welfare and betterment of society. The induction function for remaining students - only half the students attended the programme due to Covid restrictions - will be held on Monday.

While welcoming the decision to open all colleges in the state, the ABVP demanded hostels of HPU and all colleges be opened up too at the earliest. The ABVP said students coming from far-flung areas and the poor families would have to rent a place in case hostels were not opened, which would put a huge financial burden on them. The ABVP leaders further said many students were not attending college and university because of the shut hostels.