VCs of 5 private universities of Himachal Pradesh under lens : The Tribune India

VCs of 5 private universities of Himachal Pradesh under lens 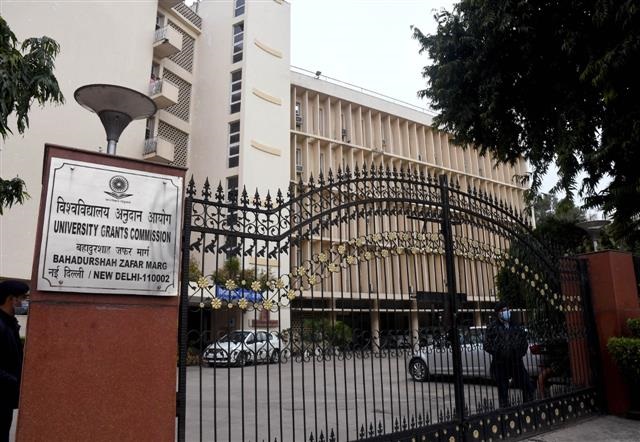 “At present, the VCs of five universities (three in Solan and one each in Kangra and Una districts) are under the scanner while the post of the VC is vacant in one university, said Chairman of the Himachal Pradesh Private Educational Institutions Regulatory Commission (HPPEIRC) Maj General Atul Kaushik (Retd).

Affidavits were sought from Chancellors stating that the VCs fulfil UGC criteria of PhD and have 10 years’ experience as professor mandatory for the post. They will be called in person along with the details of educational qualification and experience by the three-member committee constituted to scrutinise the documents, he added.

As per survey, 265 out of the 2,000 faculty members in 12 private universities have been found ineligible for the posts. The make-shift arrangement of faculty (three months to two years) in most institutions is a major issue.

There are 17 private universities in Himachal and the government had appointed an administrator in Manav Bharti University, Solan, after a fake degree scam unfolded.

The process of removing the ineligible VCs started in November 2020. At that time, the scrutiny of bio-data and other documents of VCs had pointed out that 11 out of 17 VCs were either ineligible for the post or overage as per the UGC norms following which three VCs resigned while eight were told to step down.

Affidavits were sought from Chancellors