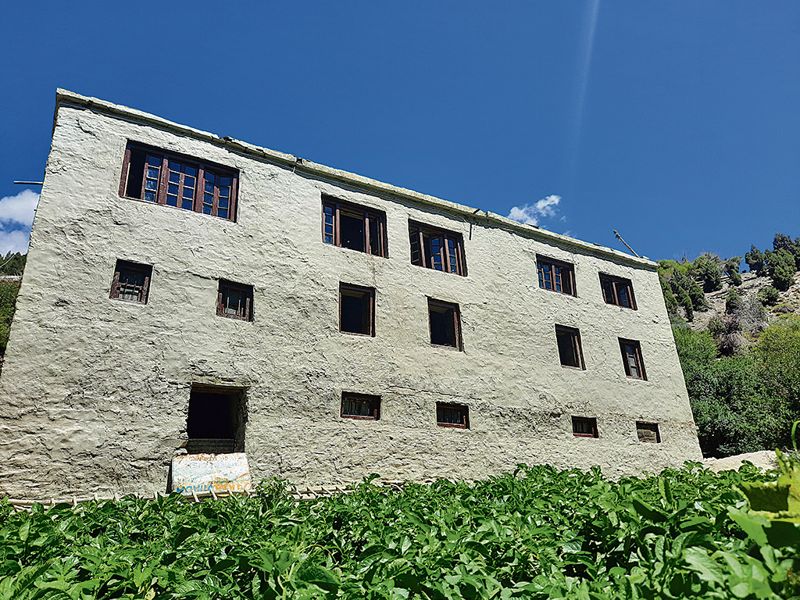 Local youths have set up a mud house museum at Keylong in Lahaul and Spiti district to attract tourists. The museum comprises eight rooms for the stay of the visitors, besides a youth culture centre and a library. Local artifacts kept there are the added attraction.

The youths of the Lahaul valley say that the 80-year-old mud house at Keylong was in a dilapidated condition. Its owner had left it many years ago to reside in a pucca house at Keylong.

A group of youths formed an NGO Life and Heritage of Lahaul to preserve the culture and traditions of the tribal district to attract tourists. The NGO requested the owner of the mud house to hand over the property to it for restoration work and converting it into a museum for tourists. The owner accepted the proposal and gave the mud house to the NGO.

Tanzin Bodh, president of the NGO, says, “Our NGO is focusing on promoting rich culture and traditions of Lahaul and Spiti to attract tourists. After the opening of the Atal Tunnel, Lahaul and Spiti is attracting a large number of tourists.”

“To promote tourism, we have set up a mud house museum at Keylong after refurbishing its old structure. In the museum, we have displayed artifacts such as kupad, gumchi, kwar, tribil and sem (all stone made kitchen appliances), which were generally used in Lahaul and Spiti. Besides, a youth culture centre and a library have also been set up,” says Tanzin.

“To promote local cuisine, a cafeteria for tourists has been set up on the premises of the museum, which was inaugurated by his excellency Thukesy Rinpoche,” he adds.

NEET-PG counselling not to commence till SC decides on OBC, EWS quota: Centre

A bench of Justices DY Chandrachud and BV Nagarathna records...