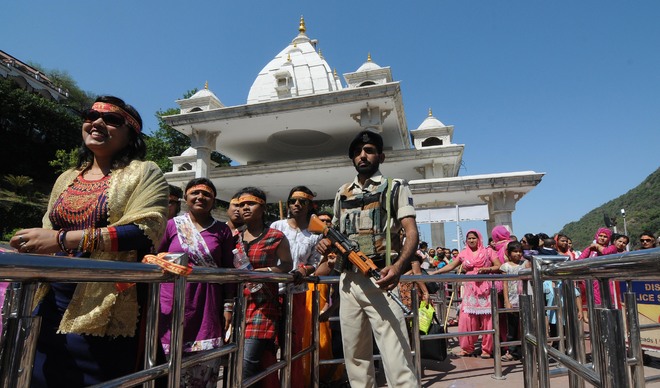 Joint Quick Reaction Teams (QRTs). comprising police and CRPF personnel. are being deployed at all entry and exit points of the Mata Vaishno Devi shrine in Reasi district for Navratras, officials said on Wednesday.

The decision was taken at a meeting, chaired by DIG, Udhampur-Reasi range, Sujit Kumar, at Katra, the base camp for the pilgrims visiting the cave shrine, on Tuesday, the officials said.

Security arrangements at the shrine were reviewed at the meeting in view of the festival commencing from October 17.

The officials said Senior Superintendent of Police, Reasi, Rashmi Wazir was briefed about the arrangements made right from the shrine to Katra town and its outskirts.

“Detailed discussions were held to ensure elaborate security arrangements during the festival,” they said, adding the officers present during the meeting were asked to work in close coordination with other agencies and Central paramilitary forces. — PTI