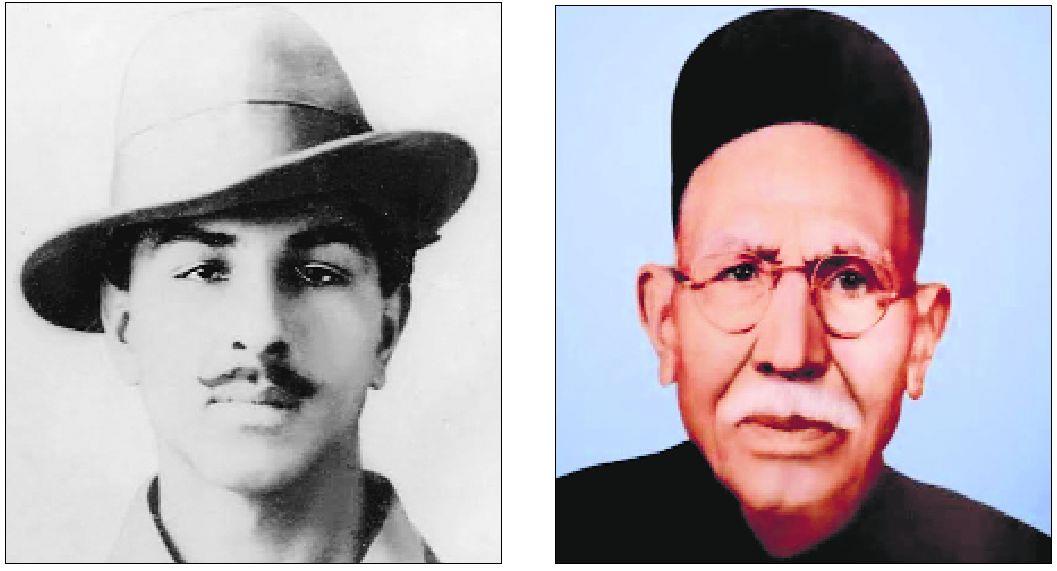 Enclosed within the 1929 edition of the Kirti Magazine issue was one of Bhagat Singh’s iconic essay Achoot Da Sawaal or ‘Question of Untouchability’, penned by a 16-year-old him.

“The upper castes should also realise that their own status in life cannot change for the better as long as they persist in considering these people as inferiors, calling them menials, and keeping them under their heels. It is argued, they are unclean. The harsh truth is that they are poor; remove their poverty and they shall be clean. Don't we find that the poor even among the upper castes are no less unclean?” — Bhagat Singh, Achoot Da Sawaal, Kirti magazine, 1929

It was a scathing critique on the age-old discrimination meted out to the oppressed and a vigorous exhortation to Dalits to arise! “So called untouchables, the real sustainers of life, awake and reflect over your past,” he mentioned.

Bhagat Singh’s call for Dalit consciousness and simultaneous exhortation against fundamentalism rings true even in the present times. Achoot Da Sawaal also bears an important reference to the Ad Dharam Movement of Punjab, led by Doaba-based ideologue and Dalit pioneer Babu Mangu Ram Mugowalia, born in Hoshiarpur. With the help of Seth Kishan Das (a wealthy merchant of Boota Mandi) the headquarters of the Ad Dharm Mandal were established at Jalandhar.

In ‘Achoot Da Sawal’ Bhagat Singh wrote... “When they (untouchables) discovered that the Hindus, Muslims and Sikhs were raking profits due to them (untouchables), they gave a thought to re-organising on their own. No one is certain whether they are doing so as a result of official prompting or at their own but once this line of thinking takes roots, this trend will be fully backed up by official quarters. “Ad Dharam Mandal” and the like are the end result of this trend...The answer is quite obvious; above all, it needs to be settled for good, that all humans are equal without distinctions of birth or vocation.”

Scholars today say Bhagat Singh’s constant exhortations on Dalits along with the Ad Dharam Movement have had a major impact on the Dalit consciousness in the state, the references to these however, are only found in academic circles and scholarly works while no prominent reminders are found in the mainstream political discourse.

Prof Raunki Ram, Political Science professor at Panjab University and an expert on Dalits, said, “As far as equality and the social justice are concerned, Bhagat Singh was very clear that caste and religion were two categories which were responsible for the rift in the society. Bhagat Singh had his own unique understanding of the Dalit cause. He was very supportive of the Ad Dharam movement and believed that such movements were necessary because they fight against the caste oppression. The Ad Dharam Movement stressed that empowerment of the oppressed castes was only possible if they got due share in the local structures of power. It asked for shares in the agricultural land, in education, in government structures at par with others. Ad Dharam Movement and Bhagat Singh’s thinking have both contributed hugely to the Dalit and progressive consciousness in Punjab.”

He adds, “When the question of the real leader of the oppressed classes arose, Mangu Ram wrote many telegrams to London, proclaiming Dr BR Ambedkar as their leader. He said our leader was Ambedkar, not Gandhi.”

Chiranji Lal Kangniwal, eminent historian and Independence movement scholar, said, “Babu Mangu Ram started the Ad Dharam Mandal in Punjab highlighting the demands of Dalits. The movement started two years before Bhagat Singh’s Achoot Da Sawal was penned. In 1927, Katherine Mayo has also just released her book ‘Mother India’ which was a strong critique on oppression against Dalits. All these factors shaped the times in which Bhagat Singh lived.”

Noted Bhagat Singh scholar Professor Chaman Lal said, “Bhagat Singh’s Achoot Da Sawal has come again into focus in the past three decades. It has had a major impact in shaping Dalit consciousness. However, all radical thoughts are being diluted by the establishment. And in the present times, caste has become a major socio-political factor.”