Copies of farm laws to be burnt on Lohri 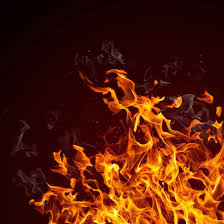 The Dal Khalsa has termed the staying of three contentious farm laws by the Apex court as a judicial trap laid by the Government of India to scuttle the farmers’ agitation.

The organisation called the setting up of four-member panel as an eye-wash, as the views of a majority of the members are pro-laws.

Notwithstanding the Supreme Court orders, the youth wing of the Dal Khalsa said their activists will go ahead with the protest programme and burn the copies of the said law on Lohri.

SYP leaders Paramjit Singh Mand, Gurnam Singh and Gurpreet Singh said putting on hold was neither a solution nor acceptable, adding that repealing the laws is the real and only solution to end the stalemate.

They fired a salvo against the Narendra Modi government for misguiding the judiciary and furnishing false information before the court by alleging that Khalistanis have penetrated into the farmers’ agitation. They said all those who are supporting, participating and spearheading the agitation are farmers first and ideology comes later. They categorically said that farming and farmers were the backbone of Punjab and its economy.

They blamed PM Modi for once again subverting the justice system to further his government’s policies, which were authoritarian in nature.