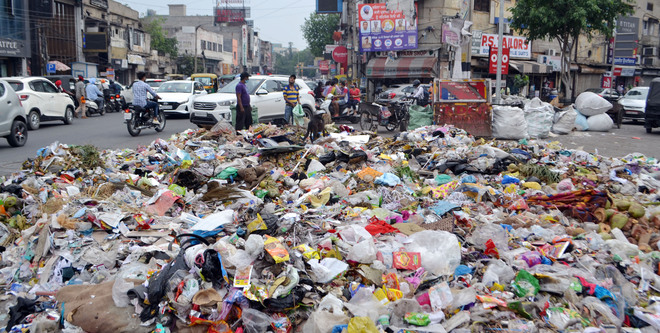 The Municipal Corporation Jalandhar Drivers’ Union went on a strike on Tuesday.

Arun Kumar, chief of the union, said many employees were appointed on contract as sweepers, but they were working as drivers. “These employees get a salary of a sweeper. They should be promoted and must be given salaries on a par with drivers,” he said.

Meanwhile, JCB operators said they were paid a monthly salary of Rs 8,500 and they have not been paid for the last eight months.

Pardeep Kumar, a JCB operator, said he has been working with the MC for the past 23 years and he has never received his payment well on time. “I have a loan of Rs 45,000 on my head. Now, lenders are also not giving us money as we are unable to repay,” he said.