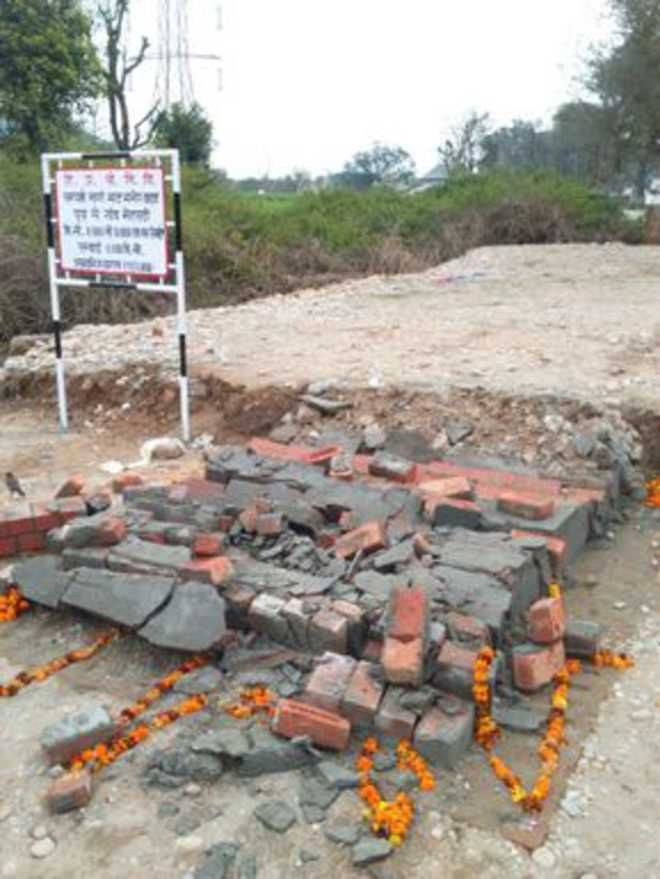 Punjab Industry and Commerce Minister Sunder Sham Arora today laid the foundation stone for construction, widening, and strengthening of link roads in the industrial zone at Dhogri Industrial Park at the cost of Rs 2.62 crore.

He said tenders had also been given to the Jalandhar-based company and this work would be over within five months as the construction work has already begun. He said this would benefit a large number of industries of Dhogri, and Raipur Rasulpur and would attract more industries to at Dhogri. He said the new industry would offer more jobs to the local youths and hence would help them deal with unemployment.

MP Tewari said that the Punjab government, under the leadership of Chief Minister Capt Amarinder Singh, was committed to the all-round development of villages, so that all kinds of facilities can be provided at the city level even in rural areas.

He said that there will be no shortage of funds for development. He also targeted the Narendra Modi government at the Centre and said that on one hand, the soldiers are protecting the country on the borders, on the other side, the farmers are protecting the farming on the borders of Delhi. On this occasion, funds worth about 6.78 crore were provided to 28 villages in the block by MP Tewari for different development works like parks, alleys, drains, clean drinking water supply, roads, etc. While funds have already been provided to five villages.