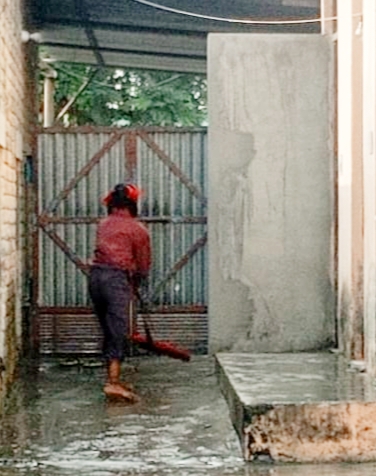 A viral video that shows school students cleaning the toilets at Denowal Khurd’s Government Elementary school in Garhshankar has sparked a backlash. The village panchayat has written a letter to the Deputy Commissioner, the Chief Minister and the Education Minister seeking action against the teachers at fault.

School teacher Harjinder Kaur, when asked about the incident by the reporters explained that a cleanliness drive was underway.

Jatinder Joti, sarpanch and numberdar of Basti Sansia, said, “A complaint has been sent to Chief Minister Bhagwant Mann, Education Minister Harjot Bains and the Deputy Commissioner demanding action. We send our children to school for education. The school teachers should not have made the children clean the toilets. The teacher who made the students clean the toilets should be dismissed from the job.”

Head teacher Dilbag Singh responded to the backlash by saying, “I was on leave. Two teachers, who were present at the school, said that they were also cleaning the toilets with the students.”

Sanjeev Gautam, District Education Officer, Elementary, said, “The matter has just come to my notice. I will send the BPEO to the school tomorrow to investigate the matter. We will take strict action against those found guilty. Cleanliness drives have been going on in schools but no one is allowed to make students clean the toilet.”