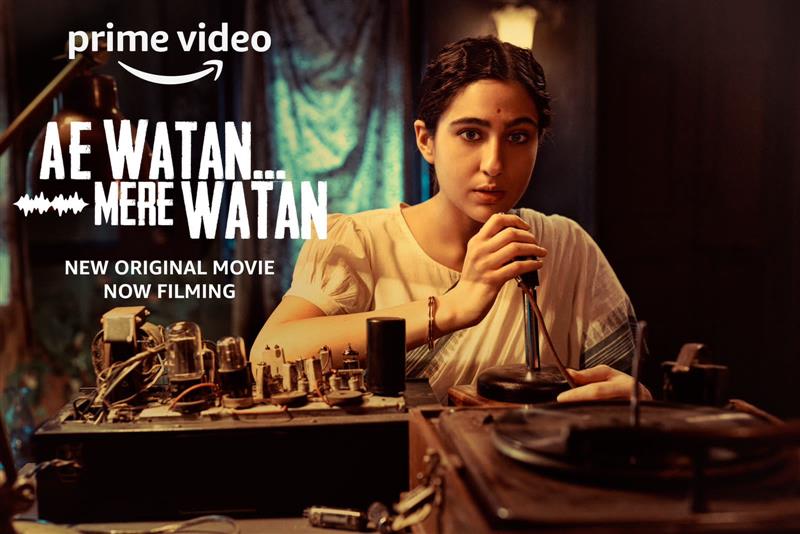 Ahead of India’s Republic Day celebrations, Prime Video has launched the first-look of the upcoming Amazon Original Ae Watan Mere Watan, an inspiring tribute to the fearless heroes of India’s struggle for freedom. A Dharmatic Entertainment Production, the movie is being produced by Karan Johar and Apoorva Mehta, with Somen Mishra serving as the co-producer. Directed by Kannan Iyer, and written jointly by Darab Farooqui and Kannan Iyer, the film is a thriller-drama inspired by true events and will see Sara Ali Khan play the character of a valiant freedom fighter.

Sara Ali Khan says, “As an actor and more importantly as an Indian, I am proud to be able to portray a character that echoes bravery, strength and courage. Working with Kannan Iyer sir is a sheer privilege, as he is so passionate and emotionally invested in this story himself. And while of course it is very challenging to essay a character that is vastly different from anything that I’ve done before, it is a project I’m going to work really hard on. And most importantly, I’m going to cherish every day that I get to play an enigmatic freedom fighter.”