As many new cafes, clubs and hotels find their new address in the City Beautiful, we take you on a guided tour... 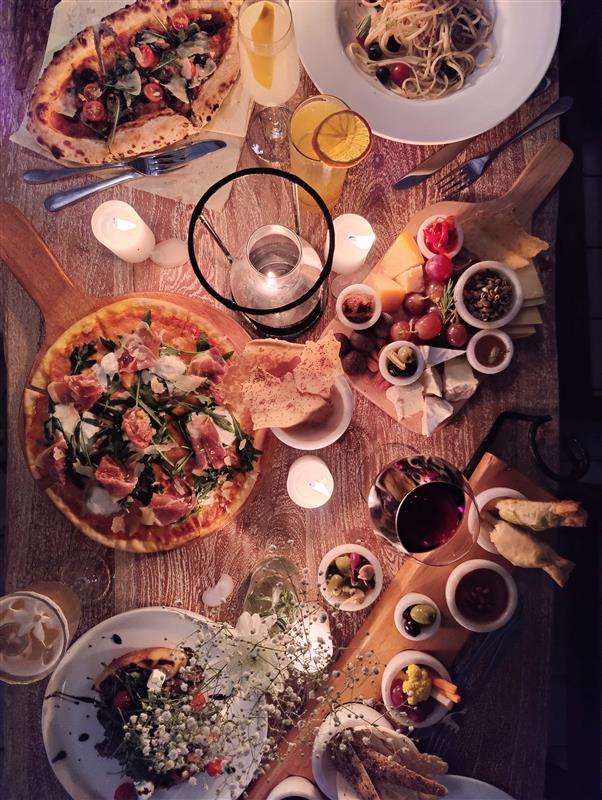 Covid-19 is one of the many challenges that the hospitality industry has faced in the current times but it has not dampened the morale of restaurateurs and foodies of the tricity. As many new cafes, clubs and hotels find their new address in the City Beautiful, we take you on a guided tour...

From the Maximum city

The white-walled wonderland The Olive Cafe & Bar, The Pink Wasabi and Eddies Chandigarh have added some new colours in the city.

Founder & MD of The Olive Group of restaurants, AD Singh, who is in city for the launch, says rather than offering franchise, he prefers to partner with like-minded local businessmen. Thus come Sampath Singh and Vishal Anand of Chandigarh into the picture. While Olive brand’s 22 years of experience is their USP, it’s the Mediterranean vibe inspired by Le Corbusier’s concept of, ‘sun, light and space’ for Chandigarh. The architect behind The Olive’s all-white interior, Vivek Popli believes people will not just step in for the authentic food of Olive but also for the ambience. Both Pink Wasabi in Elante Mall and Eddie’s were open for public in February. Pink Wasabi is Insta-post worthy for its interiors and Japanese cherry-blossom vibes. It offers pan-Asian cuisine with specialities such as Blue Pea Rice and Thai Curry.

Eddies transports you to Mumbai with photographs of Mumbai locales all around.

Another national brand Oh! Calcutta’s opened in June. The owner, Anjan Chatterjee, believes, “Covid or no Covid, people are keen to explore something new and Bengali cuisine is relatively unexplored in this part of the country. Although not a metro, Chandigarh operates like a metro when it comes to food, so restaurants serving best quality of food will thrive in the city.”

From Amritsar to Chandigarh

Bon Gateau, owned by three brothers—Shreshth, Shobhit and Sanchit Khanna—have more than six or seven restaurants running in the state. After tasting success in Amritsar, Bon Gateau has arrived in Sector 7, Chandigarh. Shreshth says, “After running a successful business in Madhya Marg for a month, we will be coming out with an outlet in Mohali near Sector 80 this month.” Himself a patisserie chef, Shreshth says the bakery, Italian and Indian cuisine are its USP. About challenges, he feels government policies regarding the food industry are not so friendly.

City’s famous and old charm Hotel Aroma is not lagging behind while competing with fresh ideas in the hospitality sector as they are bringing in new names to their revamped food court. “We have re-modelled our food court. There is an addition of two new outlets, IL Magico Forno, a bakery chain, and Roadies KoffeeHouz, an all-day dining and coffee restaurant launching in August. The motto of the bakery is ‘our quality, your price’. The renovated food court has been designed by a young architect Darshpreet Sangha. A unique feature here is its laptop friendly coffee bar,” says Manmohan Singh Kohli, owner.

Chandigarh is famous for giving MTV Roadies winner to the nation. And now Viacom brand has come full circle as they have brought dining and family cafe culture to Mohali last year. The positive response made them launch another cafe in Sector 35 followed by another one in Hotel Aroma’s food court in August. These cafes have the adventure and spirit of Roadies.