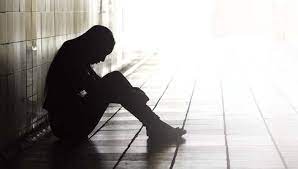 The Moti Nagar police yesterday registered a case against two brothers who had allegedly raped a 20-year-old girl. The victim works as a trainee at a beauty parlour.

The suspects have been identified as Bahadar Singh and his brother Narinder Singh, both residents of the Muslim Colony.

The complainant, who is a resident of the same area, told the police that she was working as a trainee at a beauty parlour in Moti Nagar where she had met one of the suspects, Bahadar. She had gradually developed a friendship with him.

On August 10 this year, when she was alone at home, Bahadar allegedly barged into her house and asked for sexual favours. She protested the move of the suspect, who threatened her of dire consequences. Then he forcibly developed sexual relations with her and fled.

Later, his brother Narinder started asking her for sexual favours and when she categorically denied, the suspect told her that he possessed her obscene photographs and if she did not agree, he would make them viral on social media.

“On August 17, Narinder called me and asked to accompany him to Chandigarh. He said he had decided to delete my obscene photographs. However, he took me to a hotel in Chandigarh and raped me. Later, he refused to delete my pictures,” the victim alleged.

She said both suspects were asking for sexual favours again. To teach them a lesson, she lodged a complaint.

ASI Vijay Kumar said Bahadar was arrested yesterday while raids were being conducted to nab Narinder.