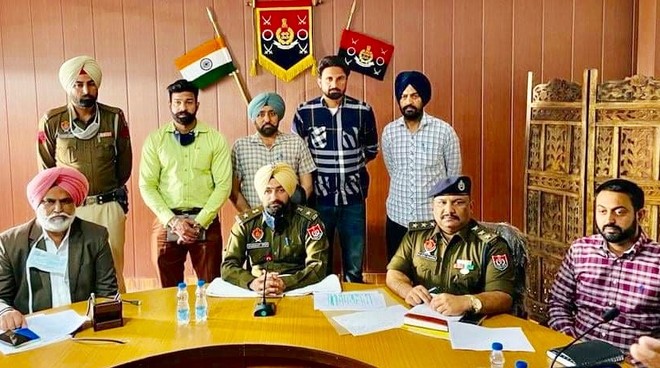 The Ludhiana (Rural) police claimed to have busted two gangs of drug peddlers that have been involved in distribution and smuggling of drugs and narcotics.

The police seized 2 kg of opium, 1,80,000 habit-forming tablets and money worth Rs2,54,000, besides two cars and one motorcycle used in crime were seized from possession of the accused who were arrested by joint teams of CIA Jagraon headed by Deputy Superintendent of Police (D) Rajesh Sharma and the Dakha police during raids conducted at various places in the region.

Senior Superintendent of Police Ludhiana (Rural) Charanjit Singh Sohal informed that the cops supervised by Superintendent of Police (D) Balwinder Singh had launched a special campaign against drug peddlers during which secret information about illegal activities of two separate gangs was received. Having received tipoff about the said gangs, police personnel led by DSP(D) Rajesh Sharma and incharge CIA Simarjit Singh conducted raids at various places and succeeded in nabbing the accused from various places.

“Having received inputs about transport of huge quantities of habit-forming tablets and opium in-charge CIA Simarjit Singh was deployed under supervision of Deputy Superintendent of Police (D) Rajesh Sharma and the team succeeded in seizing 2 kg of opium and 1,80,000 habit forming tablets along with three vehicles used in crime,” said Charanjit Singh Sohal.