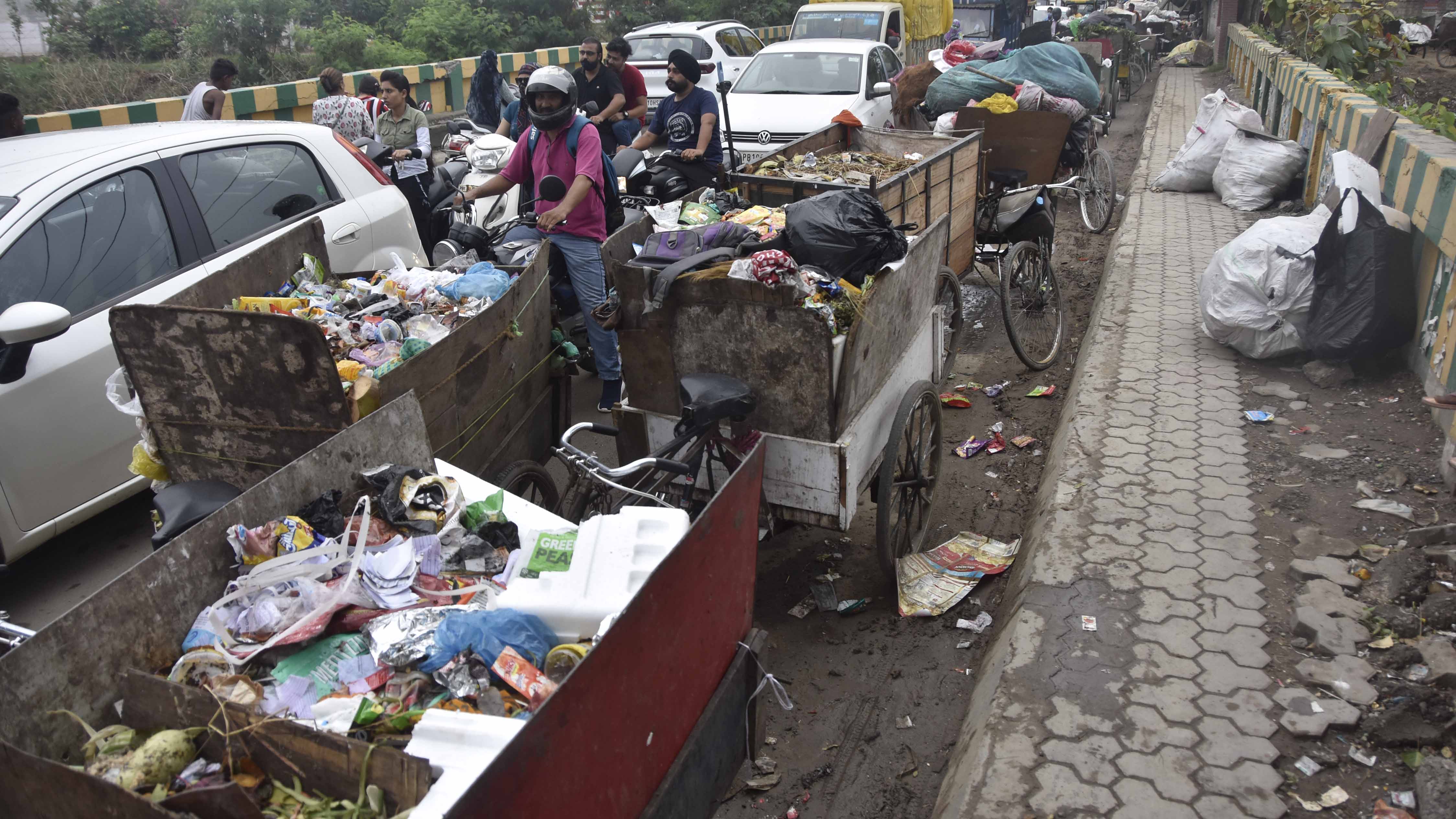 Vehicles stuck in a jam due to delay in lifting of garbage from a dump along the Buddha Nullah near Haibowal Chowk. Ashwani Dhiman

Commuters were forced to suffer as the Municipal Corporation (MC) has failed to ensure timely lifting of garbage from a dump along the Buddha Nullah near Haibowal Chowk.

Many garbage collectors had stationed their carts on the Buddha Nullah bridge today when there was no space left to unload the waste at the dump. Meanwhile, the commuters also faced traffic-related issues.

The commuters complained that the foul smell emanating from the waste after rainfall increased their woes. They accused the civic body of not removing the garbage dump along the nullah despite their repeated demands. A few years ago, students of a nearby college staged a protest against the MC for creating the dump on the rear side of their hostel.

Anuja Sharma of the Durgapuri area said it was hard to pass through the bridge as the garbage was stinking badly. “It is the responsibility of the MC to remove such garbage dump near the bridge. Moreover, the garbage lifting should be ensured timely during rainy days,” she said.

Earlier, MC officials had claimed that the dump would be removed once a waste compactor on Hambran Road was made functional. The nearby compactor was already functional for the past several months but the MC failed to remove the dump. Waste from the dump generally falls in the nullah.