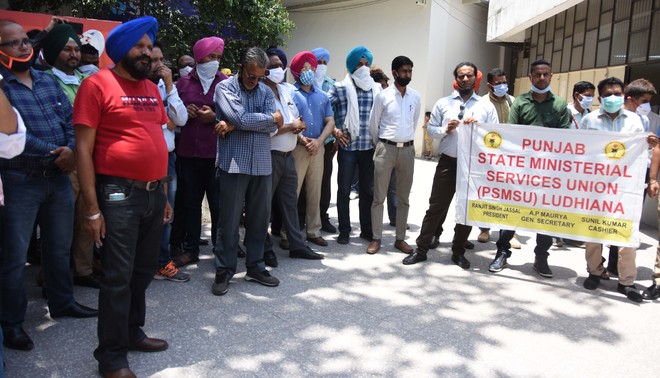 Visitors were a harried a lot as employees of the DC office observed a pen-down strike and held a protest on Wednesday. The visitors were forced to return without getting their works done.

The employees were protesting over reduction of allowances by the state government. Gurnam Singh Virk, president of the state unit of the Punjab State District (DC) Offices Employees Union, said they were not satisfied with the Sixth Pay Commission as there were some flaws.

He said the government had decided to end the provision of pay commission for new recruitments while many allowances were ended by the government.

The protesting employees got rooms at the DC office locked today to mark their protest against the government.

They said if their demands were not met, they would be forced to intensify their agitation.