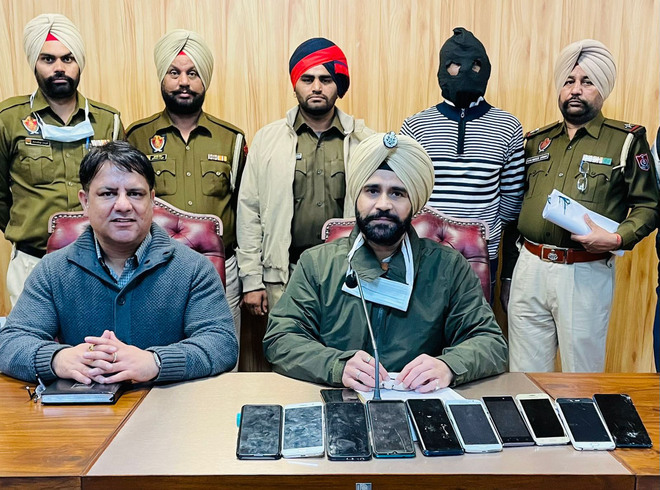 The crime branch-3 wing of the Ludhiana police has nabbed a notorious mobile phone snatcher and recovered 10 mobile phones from his possession. The accused, Neeraj Kumar, alias Nonna, a resident of Dashmesh Nagar, was involved in over 20 mobile snatching incidents reported in the industrial hub.

He was working as a sewer man. An accomplice of the snatcher, Ravi, alias Chummi, is yet to be arrested in the case.

Brar said when the accused was nabbed, 10 mobile phones were recovered from him. He had snatched the phones from migrant labourers in the recent past.

The DCP said the accused had admitted that he had committed over 20 mobile snatching incidents and in most of the cases, migrant labourers were attacked.

Inspector Juneja said the accused was also facing a case of attempt to murder, registered against him at the Shimlapuri police station in 2015.

He was also a drug addict and after snatching mobile phones, he used to sell the same to arrange money for drugs, Juneja said.