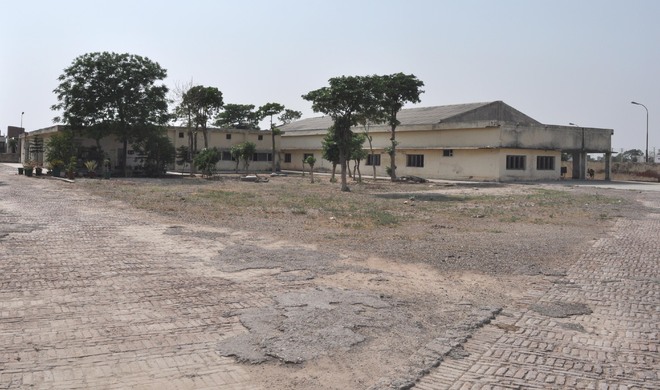 The estimated cost of the project is ~1.61 crore. Tribune photo

Now, the MC has floated tender for the installation of rendering plant at the modern slaughterhouse on Hambran Road. The estimated cost of the project is Rs1.61 crore.

Mayor Balkar Singh Sandhu confirmed that the tender had been floated for the installation of the rendering plant.

The MC has already started operations of its slaughterhouse at Haibowal Dairy Complex. Sources said a few meat sellers were visiting the facility for slaughtering animals as per the norms. Slaughtering in an unauthorised manner was going on in the city, the sources added.

Col JS Gill (retd), a member of Buddha Nullah Task Force, said, “The MC should promote its modern slaughterhouse and make sure it functions properly. Illegal slaughter of animals in the city should be stopped. The civic body should ensure proper disposal of the animal waste in the right manner.”

Earlier, the MC had conducted a drive against those, who used to slaughter animals at their shops. An official said only meat of animals and birds, which were slaughtered at the MC slaughterhouse could be sold in the city as per the norms.

Notably, crores have been spent on the modernisation of the slaughterhouse. — TNS