Police crack the whip on touts roaming near passport office : The Tribune India

Police crack the whip on touts roaming near passport office 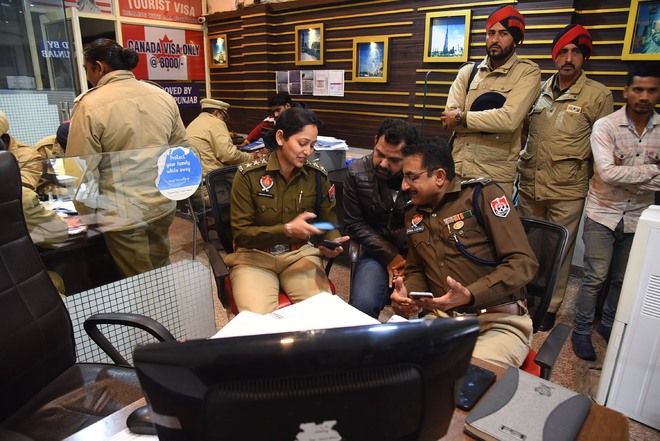 On the complaint of Passport Officer, Chandigarh office, regarding the connivance of touts with the Ludhiana passport office employees to mint money from applicants, Police Commissioner (CP) Rakesh Agrawal formed separate teams, which conducted raids travel agents offices at several places in the city.

The police rounded up several touts and seized their mobile phones and some incriminating documents, which proved that they were in touch with some passport office employees.

“We have seized mobile phones of some touts in which record of calls made to passport office employees was found. We are sending all those mobile phones to forensic lab to explore the entire network of touts,” the ACP added.

“A probe will be conducted in a week or two after which final report will be submitted. It is quite possible that employees of the passport office may face legal action,” the ACP said.

Earlier too, the issue of presence of touts in and around the passport office was raised and the police had conducted raids. This action failed to deter touts.