Residents hold ‘Jago’ for farmers’ cause 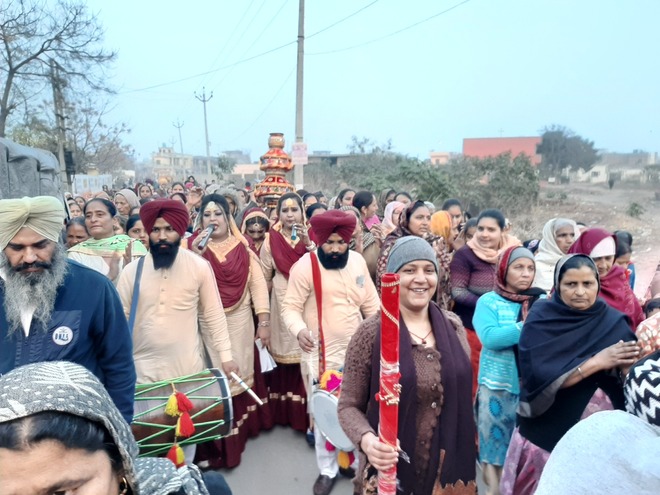 To create awareness against the farm laws and urge residents to participate in “Tractor march” to Delhi on January 26, many people, including women, carried out ‘Jago’ at Mundian Khurd village last evening.

Charanjivan Kaur, a resident, said, “We are carrying out Jago against the farm laws. We demand from the Central Government to repeal the farm laws.”

Harnek Singh Gujjarwal, of Jamhoori Kisan Sabha, said, “Not only men, many women will go to Delhi to particpate in the upcoming tractor march. People of all age groups are coming forward to extend support to the Kisan Andolan.”

“A group of women from Tharike village have already moved to Delhi and they will stay there to participate in the tractor march on January 26,” said Bharpur Singh of BKU (Ugrahan).