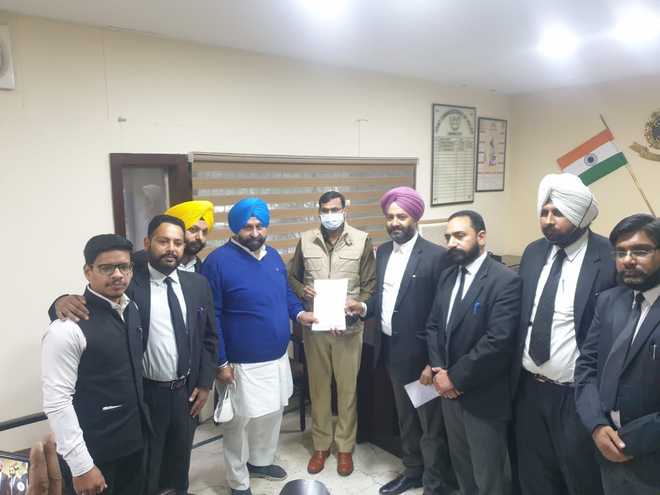 SAD leaders outside the office of the Commissioner of Police in Ludhiana on Thursday. Tribune photo

In its application, Ghumman alleged that the actress having lakhs of followers on social media posted her remarks on Instagram, a social networking site, which were sufficient to spread hatred in different sections of society, particularly the Sikh community living across the world. The Sikh community has been hurt and defamed due to her remarks.

Ghumman alleged that all this was done intentionally with a malafide intention to hurt the religious sentiments of the Sikh community by terming them to be associated with the Khalistani movement. These remarks were made in connection with an upcoming film ‘Emergency’, based on former Prime Minister Indira Gandhi.