Govt’s efforts alright, it is the city residents who must rise to the occasion to maintain cleanliness 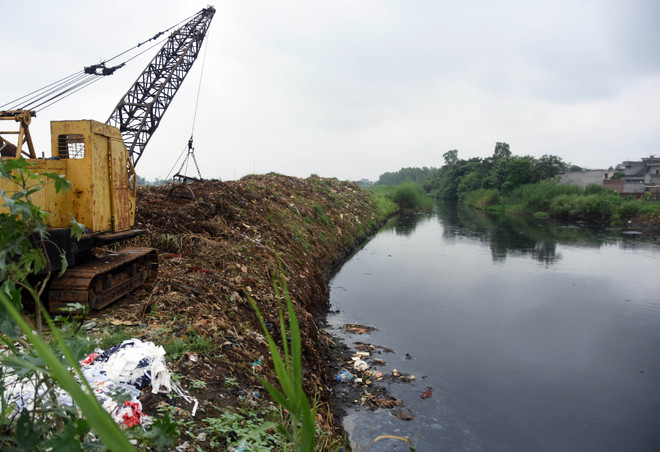 What steps should the government take to de-pollute buddha Nullah?

The Buddha Nullah has been invariably littered and polluted, less by residents but more by industries and dairies. The expensive project of cleaning the drain should have been led by the best scientists of the country, lest it drastically affects the ecosystem and health of many. Ideally, Common Effluent Treatment Plant (CETP), Sewage Treatment Plant (STP) and other projects related to water purification and treatment should have been completed before undertaking the release of 200 cusecs of fresh water into the drain. The problem of untreated household water and waste coming from dairy units are not trivial.

Many efforts have been made to clean the Buddha Nullah but all in vain. The first step should be plugging the channels which are polluting it, mainly the dying factories. Those who are releasing affluent must be punished. The drain can be divided into stretches to be allocated to an organisation or big industrial houses to get it cleaned. Fences must be erected on both sides of the Nullah. Also, every resident of Ludhiana city should pledge not to throw any waste into it.

A number of projects have been announced earlier for cleaning the Buddha Nullah, but nothing concrete has ever happened. Even environmentalist Balbir Singh Seechewal undertook its de-pollution sometime back, but the condition remained dismal. Now, a sum of Rs 840 crore is being spent on a new project. But the question is, for how long would this beautification last? Till the time there is no check on the waste entering the drain from factories, all efforts to clean it are futile. Therefore, strict measures should be taken to control pollution by one and all, otherwise there is no point in spending large amounts of time and money on its de-pollution again and again.

Fine those who litter it

The government and other private organisations have performed a commendable job for the revival of the Buddha Nullah. Now, the duty lies on the shoulders of city residents. We should realise the importance of the work done by the authorities. Boards must be placed around the nullah, indicating fine for each and every offense, such as throwing litter, discharging factory affluents or acid-laced water, washing clothes and bathing in the nullah. Fencing must be done properly and heavy fine must be imposed on those who try to break it.

The Buddha Nullah is the most dangerous and toxic water body of the entire state. Sadly, it was once a clear stream. The government should be serious about curbing pollution in the drain and stop people from throwing garbage and other waste material in the nullah. Moreover, challans should be issued because we cannot stop offenders only by raising awareness. The people will get serious only when there is strict action against violators.

Industry must be cautious

The government must take serious measures to control pollution in the Buddha Nullah. While passing through Ludhiana, it goes on collecting industrial effluents and domestic waste before draining all of it into the Sutlej river. The industry in the vicinity of the drain should take precautions and not discharge effluents and others waste into the nullah. Fine must be levied on industrial houses which are found guilty of discharging waste into the nullah.

The Buddha Nullah needs urgent attention as high concentration of pollutants in it is affecting the health of people living around it. A number of times, special groups have visited the site to recommend remedial measures but there has been virtually no success. Currently, an approach of diluting the nullah water with addition of fresh water is being tried. It will only dilute the concentration of pollutants. The stagnant water can be better purified with the help of microbes. The MC may use services of the PAU in identifying the microbes needed to get the nallah water de-polluted.

Officials must be proactive

The Buddha Nullah Rejuvenation Project, that has an impact on the health and lives of millions, should be led by an eminent scientist. The official machinery must be proactive and ensure its completion in a stipulated time frame. Release and flow of water into the Buddha Nullah should be kept to the minimum to maintain the flow and oxidation process for degradation of biological waste as an interim measure. Full flow of 200 cusecs of water will be more beneficial after the completion of STPs and CETPs. As responsible citizens, we should reduce the use of detergents and other chemicals. Throwing of garbage in the nullah should be strictly banned and illegal encroachments on both sides of the nullah should be removed.

In the past few years, various steps have been taken to clean the Buddha Nullah. Many grants have been received from the World Bank to clean it and teams from the Centre have visited and tried their best but the problem persists. We can get de-pollute the nullah if dying factories stop releasing untreated water into it. A fence must be erected on both sides and heavy fine should be imposed on those throwing waste in the drain. Designated officials should visit the nullah periodically to inspect the progress of work. Help from some social organisation can be taken and residents must come forward to assist the local government in taking care of the nullah.

Various efforts of the authorities to clean the Buddha Nullah are going in vain. Although 200 cusecs water was discharged into it, yet there is much left to be done. Discharging fresh water is not the only solution, maintenance too matters. People must not throw garbage in the water. If communities are not concerned, then the authorities must take uncompromising actions to prevent pollution in the drain and impose heavy penalties on the defaulters.

The Buddha Nullah gets its major pollutants from factories and households. The government needs to regulate a weekly/ monthly check at factories for right disposal of waste. It is found that the nullah contains high amounts of toxic gasses/ substances which pollute the other bodies and crops in the vicinity of the drain. Also, in rainy season, residents living close to the nullah face issues of poor drainage and waterlogging. The foul smell too poses a lot of problems.

The Municipal Corporation of Ludhiana has officially launched the Buddha Nullah cleanliness project. However, I feel the best way to make it free of pollution is to prevent pollution at the source. Litter can flow from yards and streets to nearby drains and streams when it rains. Chemicals and other pollutants negatively affect the nullah. The best way to clean polluted water is not to clean it but stop polluting it. If you can use as few plastic items as possible, you are helping the environment.

Earlier, the Buddha Nullah was the lifeline of Ludhiana. But over the years it changed into a garbage, waste material and pollutant collector. Recently, the state government spent a huge amount to make it free of all pollutants. But along with these efforts, the government must make people aware about the matter, stop flow of untreated water into the nullah, ensure regular cleaning by MC staff, plant trees on its banks, do bacteria treatment and construct a walking track around it. These steps can make a huge difference in making Buddha Nullah free of pollution.

A permanent solution is needed to the Buddha Nullah pollution issue. The authorities concerned should sit together and make a plan regarding it, especially on tackling dying industries and their effluents going into the drain. Only joint efforts and determination can solve this problem.

In order to de-pollute the Buddha Nullah, we must ensure that sewage is being treated before being dumped into it. Banning the disposal of garbage into the drain, periodic clean-up drive by authorities concerned, and stringent action against those not complying with rules and regulations are some steps that can be taken. Plantation should be done on both sides of the nullah for its beautification.

The past week saw a spurt in the crime rate. Carjackings, vehicle thefts, burglaries and snatchings remained the order of the day. The new city police chief has been channeling the local police force. What else needs to be done to check the free run of criminals ahead of the festival season? Suggestions in not more than 70 words can be sent to ludhiana.feedback@gmail.com